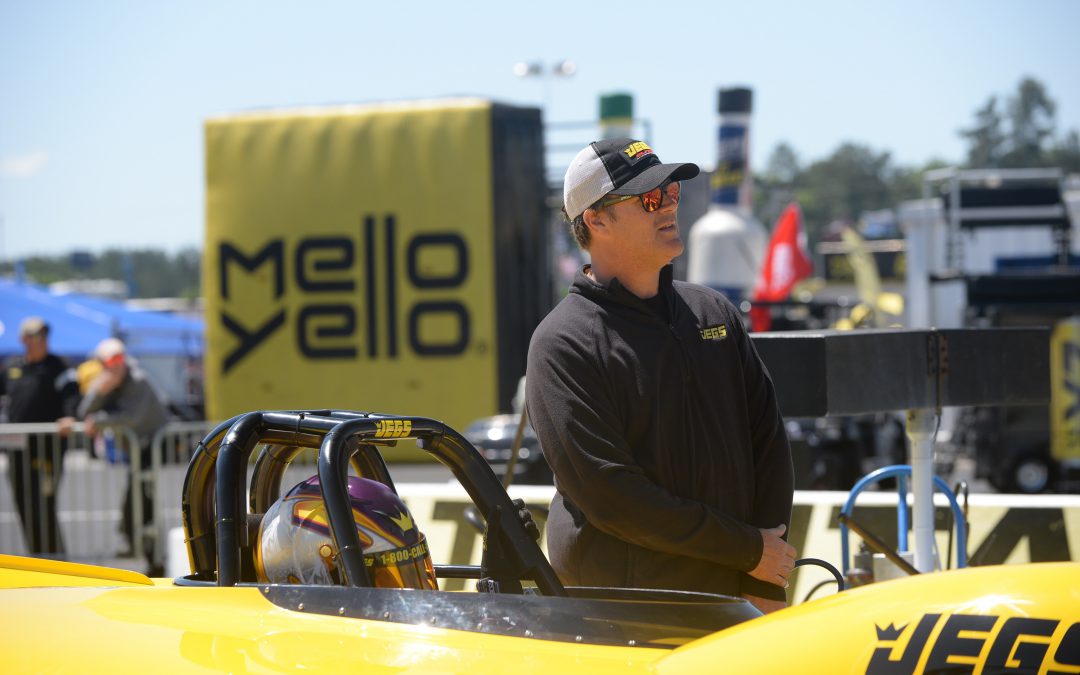 "We remain very excited, very optimistic with everything happening right now at Elite Motorsports, not just for me but for my teammates as well," Coughlin said. "We have all the pieces in place and we've shown we have the performance to challenge for the trophy every weekend."

Coughlin would love for his first victory of the season to come at New England Dragway, one of just two facilities on the current NHRA schedule where he has yet to win a race. He's also has never won in Norwalk, Ohio, the second newest stop next to Epping on the calendar.

"Having not won here before, even though I've personally only raced here three times in the past, certainly makes it one where I'd like to have some success," Coughlin said. "What's interesting to me is that although the NHRA tour has only held a national event here for a few years, it feels like a track we've been coming to for years.

"This is an historic place with an old-school feel. The fans really understand and appreciate drag racing, and are specifically very in-tune to Pro Stock, and that adds a tremendous amount of cache to racing here. I'd love to finish the weekend in the winner's circle and celebrate with the fans from up here."

The current world rankings show Coughlin in fourth place, less than a round behind third and slightly more than two rounds off second.

"I think it's safe to say we've never had a better car coming into Epping," Coughlin said. "It's a real credit to Mark Ingersoll, Rick Jones and Brian Self, our crew chiefs, as well as Jake Hairston and Nick Ferri with the work they're doing on the engines. The crew guys also are working so hard. We keep making little gains every race and every off-weekend and we're excited about the direction we're going."

Like many other events, Epping will be a family affair for Coughlin as his wife Samantha will compete in Super Gas and his nephew Troy Jr. will be racing in Top Fuel. Additionally, Samantha's father and brother, past Super Comp national champion Al Kenny and multi-time divisional champ Jason Kenny, will be racing as well.

"Samantha's family is from Canada and this race is in their home division so they'll be a large contingent of Kenny’s and their friends along for support," Coughlin said. "It'll be a fun weekend, for sure."