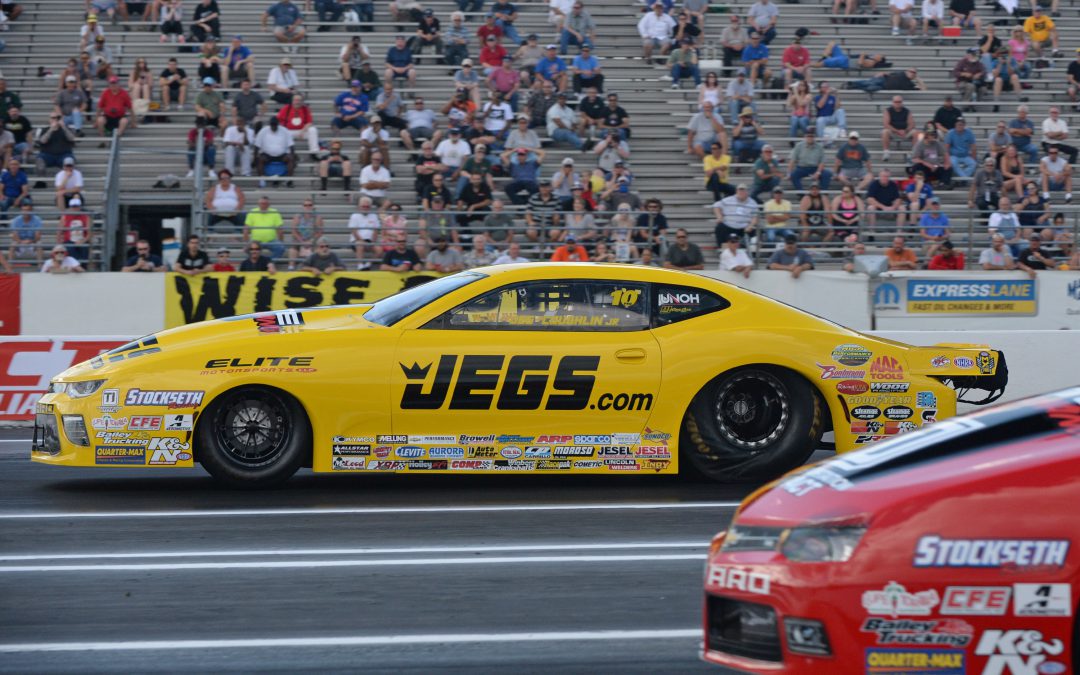 "It's kinda the dog days of summer here now," said Coughlin who has qualified in the top half of the field at all 10 national events this year. "We definitely are on a tough stretch of races with Epping last weekend, Englishtown this weekend, and then Bristol and Norwalk all in a row so you have to stay on your toes.

"We didn't make as good of runs during the first two sessions on Friday as we would have liked and that put us a little behind. The heat out there today made it a tougher to improve but there was still some room to move up, and we liked what we did, especially in Q3. We'll analyze that data and show up ready to race."

In the modified 14-car elimination ladder to be utilized this weekend at the 48th annual NHRA Summernationals, Coughlin will open race day action opposite No. 9 qualifier Erica Enders, his Elite Motorsports teammate, who had a best pass of 6.598 at 210.54 mph. This will be the first time the two world champions have faced each other this season.

"This is the same scenario as last weekend when I squared off with my other teammate Vincent Nobile in Epping, only this time it's Erica," Coughlin said. "It's not what you want, especially in Round 1, because someone will be knocked out of the race, but when you have a multi-car team it happens. You just have to go out there and race to the best of your abilities and see who wins.

"Erica won the race last weekend, including taking a couple rounds on holeshots, so she's dialed in. We'll do our best against her. Our JEGS Camaro drove down both lanes really well today so we should be able to give the fans a great race."

"Honestly, we have a solid top-five car here without question," said Coughlin, who entered the weekend ranked fifth overall "We've had some great opportunities to capitalize on things earlier this year and maybe missed those chances but we've also capitalized on a few where maybe we shouldn't have. That's just the way it works."