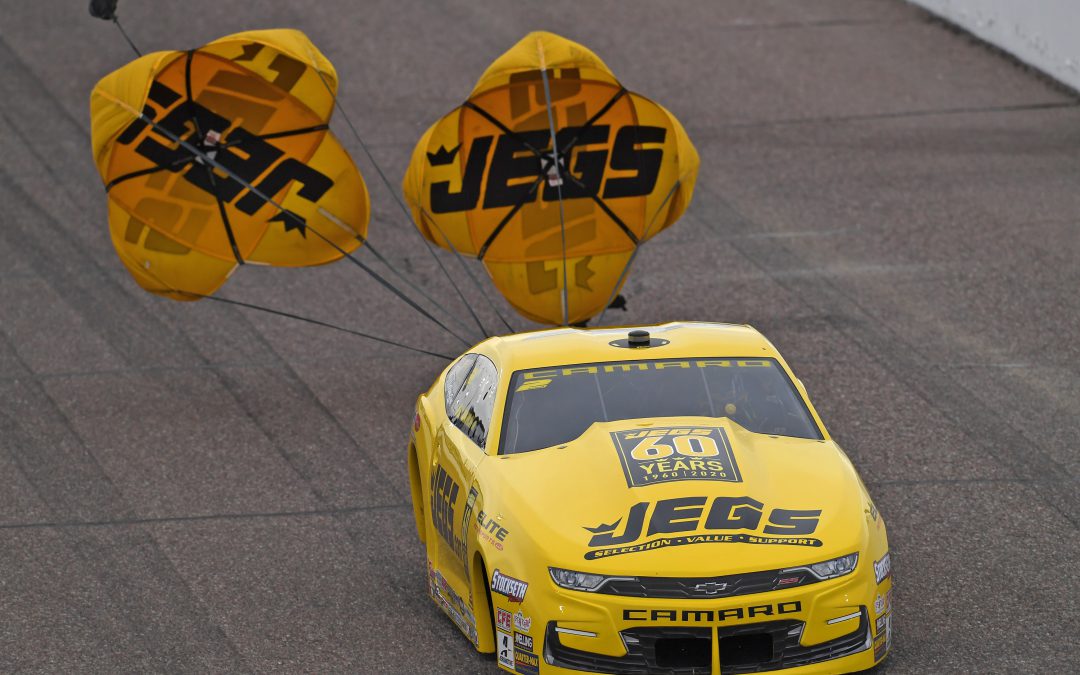 CHANDLER, Ariz. (Feb. 23) — Prior to Sunday, absolutely nothing had gone wrong for six-time world champion Jeg Coughlin Jr. this season. He swept through the NHRA opener in Pomona, Calif., two weeks ago with the quickest racecar of every qualifying and elimination round on the way to his 64th career Pro Stock victory.

It looked like this weekend's NHRA Arizona Nationals would be a repeat performance, with Coughlin once again leading the three qualifying sessions that were held, locking up his 34th career low qualifier honor in his JEGS.com Elite Motorsports Chevrolet Camaro. But alas, a minor malfunction in his powerplant during Sunday's quarterfinal round of eliminations ended his perfect start.

"We've had a helluva run to kick off the season but we had a quirky little thing bite us today so we'll just reset and start over," Coughlin said. "There's absolutely no reason to think we can't get right back where we were right away. We checked everything out and it was just a small miss, which can easily be fixed."

After crushing rookie teammate Marty Robinson in the opening round with a 6.535 at 210.11 mph to Robinson's 6.634 at 206.67 mph, Coughlin was lined up against another Elite Motorsports driver, Alex Laughlin, in the second session. But after a huge .033-second head-start, Coughlin felt something going wrong.

"I could sense a small miss right when we launched and it got bigger and bigger and the car started getting heavier and harder, but for a moment I didn't see him so I kept my foot in it," Coughlin said. "About that time, he went flying by me and I decided to give up the chase and not hurt the engine. As it turns out, I could have legged it out without damaging anything but I wouldn't have caught Alex.

"The good news is our other teammate Erica Enders went on to win the race outright so we are two-for-two with Elite and that's really exciting. All of the Elite cars are looking very fast. Congrats to the reigning champ on her big win."

"From what I understand, most of top Pro Stock and Pro Mod cars from the NHRA are headed to Orlando so that'll be a fun weekend," Coughlin said. "Our team owner, Richard Freeman, and his group are involved as sponsors and the race is offering up a lot of prize money in each class so everyone will be geared up for that event."