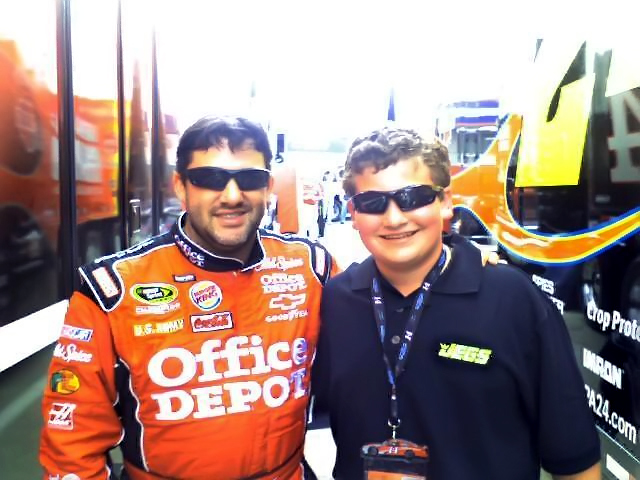 STATESVILLE, N.C. (July 16, 2018)—Time to attach the mud flaps, because Cody Coughlin is set for an off-road detour through the dirt in Ohio.

The NASCAR Camping World Truck Series (NCWTS) is headed to the Eldora Speedway for a night designed to reconnect NASCAR with its early roots and give the fans, who are raised on asphalt and stock cars, a taste of the wild races run in the dust.

In one of the most anticipated NASCAR Camping World Truck Series races of the year, Coughlin, driver of the No. 2 JEGS Chevrolet Silverado, will return to the legendary half-mile dirt oval on Wednesday, July 18. The Eldora Speedway is also known as “the Big E,” and is one of the most prestigious and popular dirt tracks in motorsports. The Tony Stewart-owned facility in Rossburg, Ohio, hosts the only race in NASCAR's three national series held on a dirt track.

Stewart, a three-time Monster Energy NASCAR Cup Series (MENCS) champion, and co-owner of Stewart-Haas Racing (SHR), is one of Coughlin’s role models, and one of the integral reasons he pursued a career in NASCAR. Stewart has always been kind to Coughlin as he has pursued his dream.

"I do not know if ‘excited’ would be the word I choose to use for this week’s NASCAR Camping World Truck Series race at the Eldora Speedway,” Coughlin said. “It’s different for me. While dirt racing is not my background, I have had some speed at the Eldora Speedway in my last two races. My hope is to build that experience on dirt, and get even better this year with GMS Racing.

“I am excited that the Eldora Speedway is in my home state – which adds a fun element for me with the support of my family and friends in attendance.”

This weekend marks Coughlin’s third Eldora Speedway appearance with the NASCAR Camping World Truck Series. Last year Coughlin finished in the 11th-place at the half-mile clay oval. On July 20, 2016, Coughlin made his track debut at the Eldora Speedway, leading 10 laps in the Last Change Qualifying Race to victory in an exciting battle to transfer into the race.

“I am excited to see the progression in the dirt arena at the Eldora Speedway this week, and I hope to have a clean race and get a solid run in for our team,” Coughlin said.

“Our No. 2 JEGS Chevrolet Silverado team is within three points of the ninth-place in the NASCAR Camping World Truck Series driver point standings and, with some help, the top-eight in the point standings will be within reach as well. We need to have solid performance from here out, and I have complete confidence that our GMS Racing team can do this!”

In eight NASCAR Camping World Truck Series starts on short tracks (less than one mile in length), Coughlin has recorded one top-10 finish on these racetracks, but the dual Champion Racing Association (CRA) champion’s many years of short-track experience, success and knowledge in the Late Model ranks will give him a familiar, veteran’s mindset going into the event on Wednesday.

Since entering the NASCAR Camping World Truck Series in 2013, the Statesville, N.C.,-based GMS Racing team has logged 10 starts at the Eldora Speedway, resulting in one victory with Monster Energy NASCAR Cup Series driver Kyle Larson in 2016, one top-five finish and three top-10 finishes, with an average starting position of 11.1 and an average finishing position of 15.7 with 48 laps led at the Rossburg, Ohio,-facility.