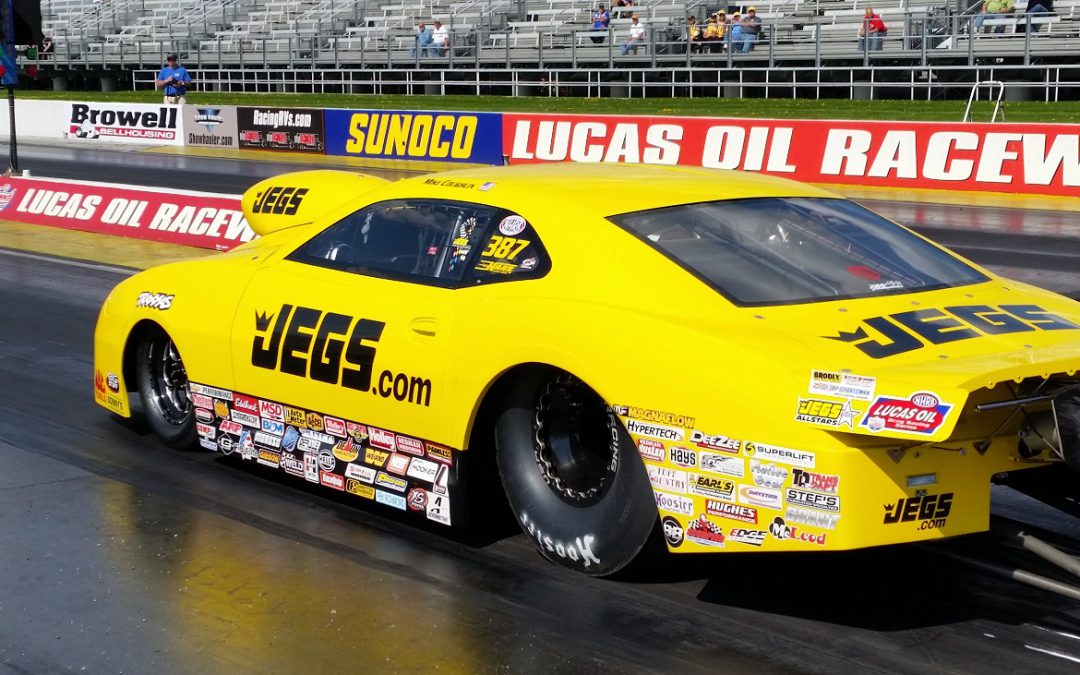 INDIANAPOLIS (May 3) — The opening round of Division 3 action in the Lucas Oil Drag Racing series yielded a modicum of success for Team JEGS drivers Mike Coughlin and his nephew Troy Coughlin Jr., although the duo will leave town thinking of what could have been for the yellow-and-black brigade.

Earning coveted points towards the first national championship in the Top Sportsman category, Mike went three rounds before bowing out to a perfect run by Dave Esposito, while Troy Jr.'s last-ditch effort to make the JEGS Allstars team in Super Gas was in his grasp, but ultimately slipped away in the fourth session.

"It was a good weekend for both of us," Mike said. "But we wanted more, for sure. Drag racing is a lot like golf; you need a really short memory. We're already looking forward to our next races."

"We just haven't had race day luck yet this year," Mike said. "You put together a good package that would win most races and the guy against you is perfect. What can you do besides tip your hat and wish him well.

"We seem to have lost a little speed in the middle of the track today when it got hotter. These cars get tricky in the heat and we couldn't get to the finish line fast enough."

Troy Jr. entered the weekend needing a "Hail Mary"-type effort to make the JEGS Allstars team. Requiring help from points leader Luke Bogacki, Troy Jr.'s first prayer was answered when the usually reliable Bogacki lost in the opening round, while he was able to dispatch Ricky Shipp.

That turn of events meant Troy Jr. could make the team if he were to survive six more rounds and take the trophy of the event, a tall task for any racer.

"Chad had a great package and I was a little late on the Tree (.024)," Troy Jr. said. "We had a chance, and that's all we wanted. We started rolling early and got through three rounds pretty quick but we couldn't fully capitalize on the situation.

"It was a decent outing and I had fun going back to Super Gas after my switch to Pro Mod this year. We'll definitely run this car some more when the pro schedule allows. I had a blast and racing with Uncle Mike is always special."