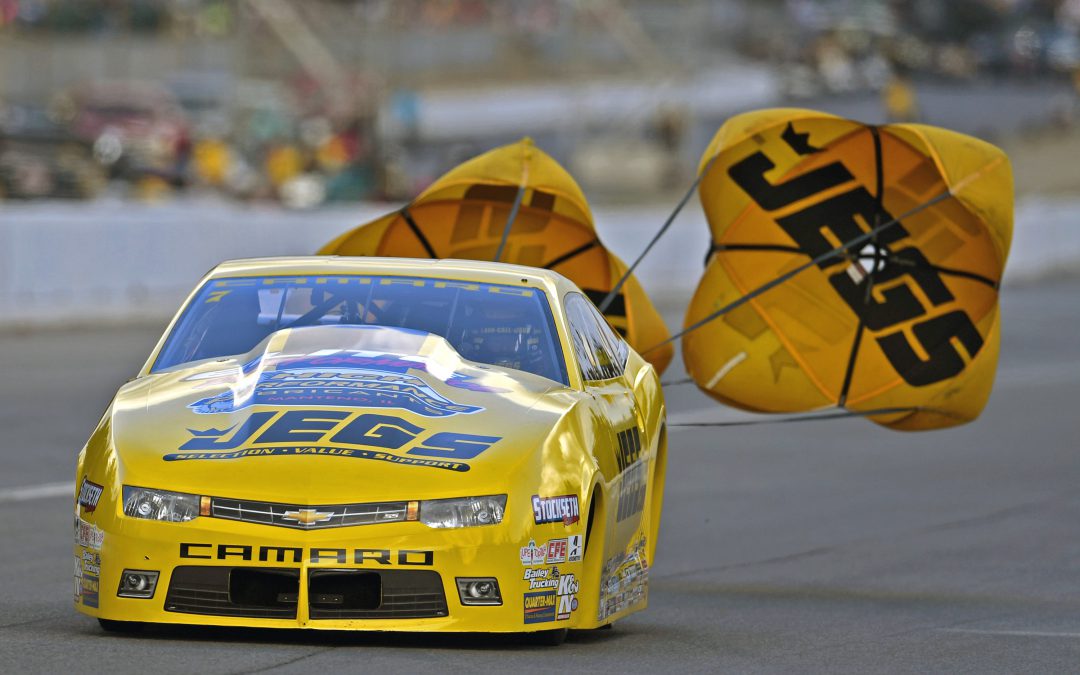 Coughlin Jr. won at Sonoma, reached the semifinals in Denver and was the No. 1 qualifier here for a solid three-races of the Swing.

"We will chalk up the Western Swing still as a very good success with a big win last weekend in Sonoma, Coughlin said. "We will turn our attention to Brainerd and furthermore, the granddaddy of them all, the U.S. Nationals."

Coughlin moved up to fifth in the Pro Stock points standings during the Western Swing, jumping up two spots from seventh. Coughlin did secure a spot in the Countdown to the Championship, which begins in three races.

"We gave it our all this weekend," Coughlin said. "We came out on top after two days of qualifying and qualified No. 1 which was great and a great testament to our team. We thought we had what it takes to go the distance and looked pretty sharp in the first round running a 6.54."

"We were the slowest of the winning cars for lane choice and we were first pair out (second round) and the car ran pretty well," Coughlin said. "We just kinda got a little out of the groove maybe around midway through second gear, and it just took the tire off a little. The car came back, waving around a little more in third gear, and by the time I got it in fifth gear it had settled down, but we had just lost a lot of momentum. Just kinda spinning the tires and wagging our tail a little bit, and you can't leave anything on the table with our teammate Vincent.

"They are sorting through some issues that they have had and they look like they are headed in the right direction, pulling off a pretty good win there for them."