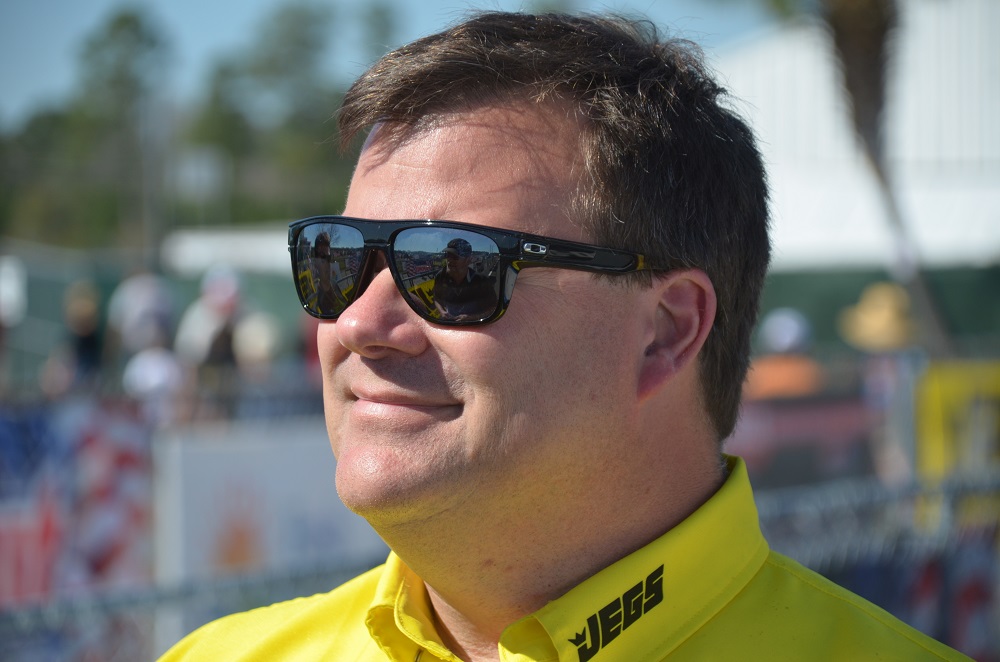 INDIANAPOLIS (Sept. 1) – The pain from losing in the semifinals of the U.S. Nationals washed away after JEGS.com Pro Mod driver Troy Coughlin watched his son win a few moments later.

The elder Coughlin had just lost to Rickie Smith in the Pro Mod semifinals of the Chevrolet Performance U.S. Nationals on Monday at Lucas Oil Raceway at Indianapolis.

But then he was able to be with son T.J., who won in Super Gas.

"We definitely want to win, no doubt," Coughlin said. "But to see any one of the Coughlin family win is awesome. It's such a great feeling, and it eases the pain from the issue that we had tonight."

Coughlin was the No. 2 qualifier for the U.S. Nationals and marched through the first two rounds Monday. But against Smith, Coughlin had a problem with his Corvette as he neared the finish line, enabling Smith to advance to the final.

"It either broke a turbo or hurt the transmission or hurt a piston or something like that," Coughlin said. "It fell over about 1,000 feet. I kept my foot in it; that's all you can do. But what can I say? Steve and all the guys did a great job to give us a consistent hot rod all weekend long. We just need to get back after it for Charlotte."

Smith and Coughlin left with nearly identical reaction times, but Coughlin slow a touch near the finish line, making a pass of 5.893 seconds at 245.50 mph. Smith, meanwhile, advance to the final with a run of 5.898 at 245.45 mph.

Coughlin had made five terrific passes before the semifinal, three in qualifying and two earlier Monday. He started with a 5.864-second pass at 247.84 mph to beat No. 15 qualifier Mike Janis, whose run was 5.929 seconds at 242.84 mph.

Then came the semifinals, but you couldn't wipe the smile off Coughlin's face.