Stars are lined up perfectly for JEGS.com racer Troy Coughlin Jr. in Norwalk 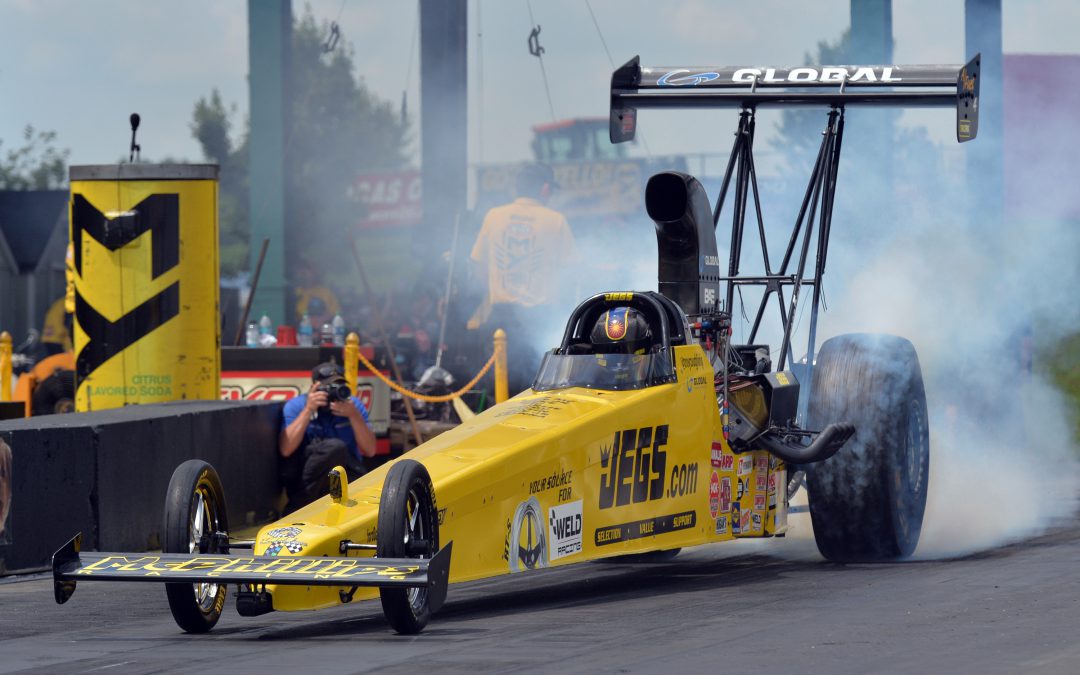 NORWALK, Ohio (June 19) — It would be hard to find a racer in the NHRA that loves the state of Ohio more than Troy Coughlin Jr., which makes this weekend's meet in the Northwest corner of the Buckeye State the most important event on the schedule.

"It's so much fun to be back home, racing in front of so many members of my family, all my friends, people from JEGS and all my fellow Ohioans," Coughlin said. "I always want to win every race we enter and I'm always motivated to be my best, but somehow I find a way to kick it up a notch when we get to Ohio."

There's every reason to think Coughlin could have a big weekend. He's already earned his way to three final rounds this year in the JEGS "Garage Gear" Top Alcohol Dragster, which runs out of the vaunted McPhillips Racing camp, including the group's last stop in Topeka, Kan.

Coughlin also enjoyed great success at both Norwalk races he attended last year, scoring his first Top Alcohol Dragster victory at the divisional race and earning a runner-up finish at the national event.

"My mind's in the right place," Coughlin said. "I know the McPhillips crew — Rich and Richie (McPhillips), Duke Roney, Charlie Wroten, Andy Goode, Charlie Greco and our newest addition, John Flenard, will have the car prepared perfectly for me, just like they have all season. All I need to do is focus on my job and we'll be successful.

"I also went and competed in a bracket race at Kil-kare Speedway over in Xenia (Ohio) last weekend in my bracket dragster and I was reminded of why we do this — for the pure love of the sport. The winning, the competition, the friendships we make, it's all part of why this is the best sport in the world."

The reigning North Central Region champion has won four races in a year and a half of competition in the Top Alcohol ranks and was a breath away from adding a fifth to his resume in Kansas when his car hiked up the front end a little too far in his final-round race against Shawn Cowie, which ultimately allowed his rival to slip ahead and take the trophy.

"The guys stopped by Lagana's race shop and changed the A-arms just to be sure because it hit pretty hard when it came back down but otherwise we haven't felt the need to change anything," said Coughlin, who lives in Delaware, Ohio. "We're earning the top qualifying spot or getting close every race and we're going rounds. It's just a matter of putting it all together for us to get another win. Hopefully we can do that this weekend in Ohio."