Starting Countdown with back-to-back wins would be sweet for Jeg Coughlin Jr. 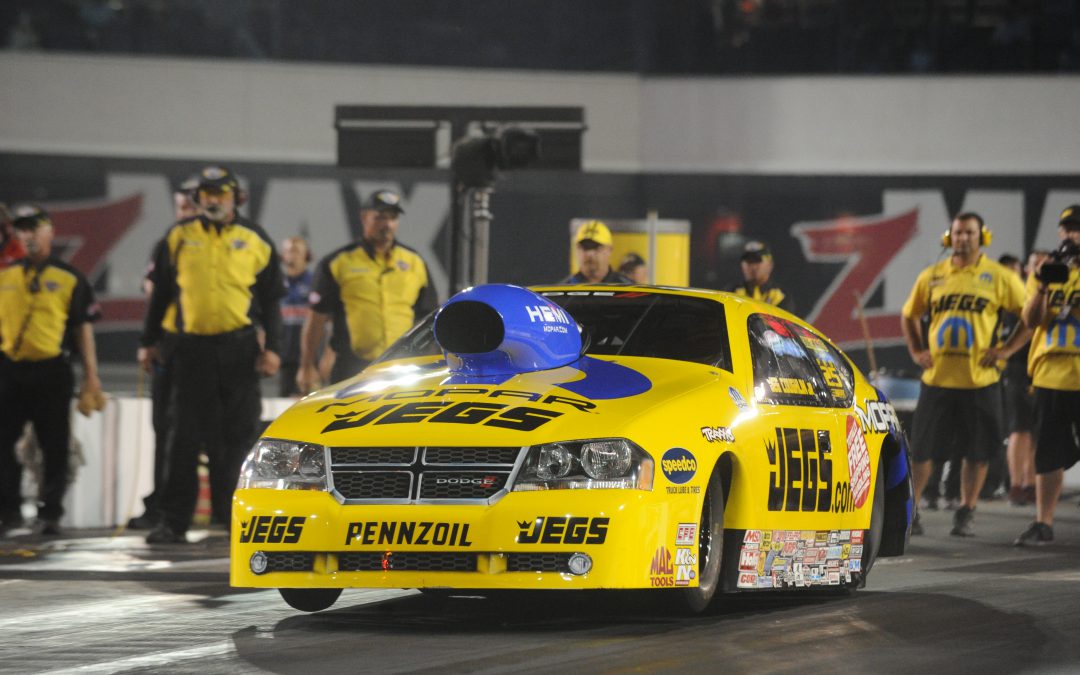 DALLAS (Sept. 21) – JEGS.com/Mopar Dodge Avenger driver Jeg Coughlin Jr. would love nothing more than to start the Countdown to the Championship with two victories – and he's the only Pro Stock driver who can accomplish that feat.

Coughlin started the six-race Countdown with a win in Charlotte and begins eliminations for the AAA Texas NHRA Fall Nationals on Sunday at Texas Motorplex from the No. 10 position.

"You can't ever argue a perfect score," Coughlin said of winning back-to-back Countdown races. "It's not out of the question. We've got that good of a program, and it's just a matter of getting out there and executing tomorrow."

Coughlin begins his chase for two victories in a row against No. 7 qualifier Greg Anderson in a battle of four-time Pro Stock champions. Coughlin's top pass Saturday was 6.583 seconds at 210.05 mph after Friday's two sessions were wiped out by rain. Anderson's best lap was 6.567 seconds at 210.64 mph.

Coughlin's best run was in Q1, and that came with a significant move by the race car out of the left lane.

"Q1, we made a pretty good run," Coughlin said. "The car drove pretty decently left about midway through low gear. I kind of let it do its thing and got it into second gear, third gear and back in the groove. We ran pretty well and ended up ninth."

"We made some adjustment and went over to the right lane," Coughlin said. "We really felt like that even with the air conditions, we'd probably run a high .56, .57. We just came up just a little bit off of that. We were a little bit light off on clutch and were kind of sliding through the first four gears pretty good."

Still, Coughlin and the team garnered some valuable data on the track heading into Sunday's eliminations.

"With the rain-shortened event and losing Friday, it challenges the teams quite a bit," Coughlin  said. "You're always striving for perfection."