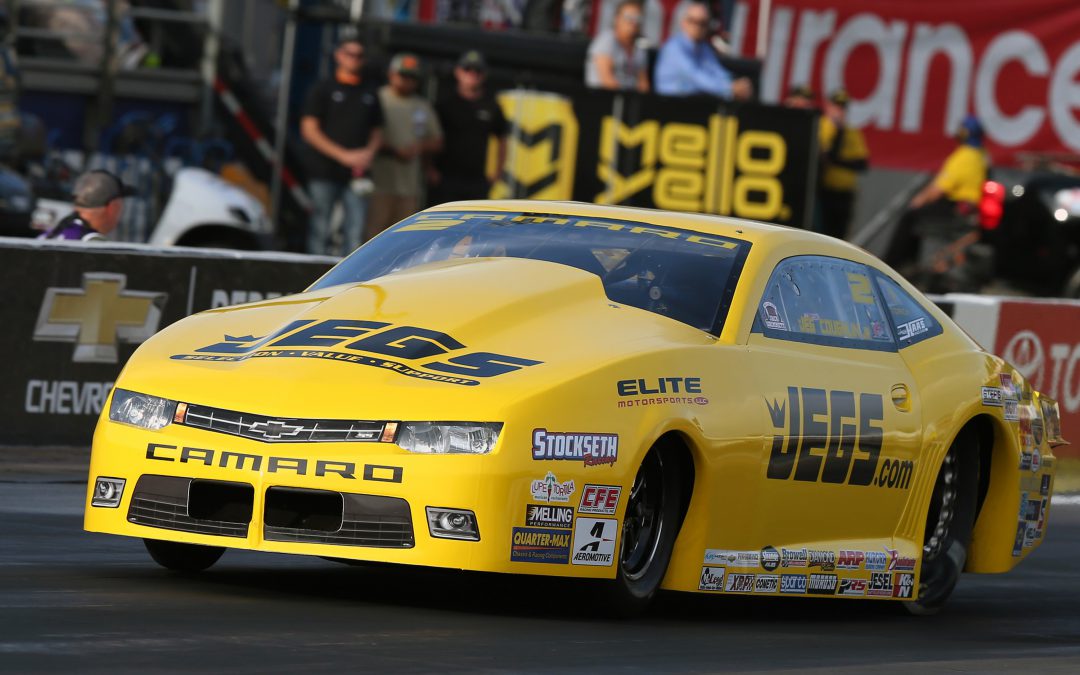 POMONA, Calif. (Nov. 16) — After a stellar two days of professional qualifying where he led three of four sessions and gained a massive 14 bonus points, Jeg Coughlin Jr. brings his JEGS.com Elite Motorsports Chevrolet Camaro into the final day of the season with a few chances to win a sixth Pro Stock world championship.

By earning 10 more points than points leader and teammate Erica Enders during time trials, Coughlin gave himself another chance at ultimate glory. He can now win the title if Enders exits in the first or second round and he wins his 63rd career Pro Stock race, or if Enders loses in Round 1 and Coughlin finishes as runner-up to anyone but Jason Line.

"Of course, I want to win the championship and it's fun to still have a few ways to do it, but I would never wish anything bad on Erica and that side of our team," Coughlin said. "Frankly, the way she's been racing since the Countdown to the Championship started, I fully expect her to get it done. Either way, we'll be ready to fight to the end.

"Just as we did in qualifying, we plan to keep our focus on making good, quality runs every round. We'll do the best we can and see where we all end up. If Erica and I can finish 1-2 in the points that would be phenomenal way to cap the season."

Coughlin, who has risen from eighth to second place in the championship rankings in the first five playoff races, was near-perfect the last two days, opening with his best run of the weekend — a 6.533 at 210.70 mph — and following that pass up with a 6.537, a 6.568 and a 6.539. This marks Coughlin's 32nd career low qualifying effort and his third of the year.

"Rickie (Jones, crew chief) has been very aggressive, really since the start of the Countdown," Coughlin said. "He's not afraid to make the moves to get us better and it's been another great season with him. I'm proud of all the guys wearing yellow and black and the rest of our extended family at Elite Motorsports."

As the top qualifier, Coughlin will open against Joey Grose, who anchored the field with a 6.649 at 207.56 mph. The two men have not raced one another this year.