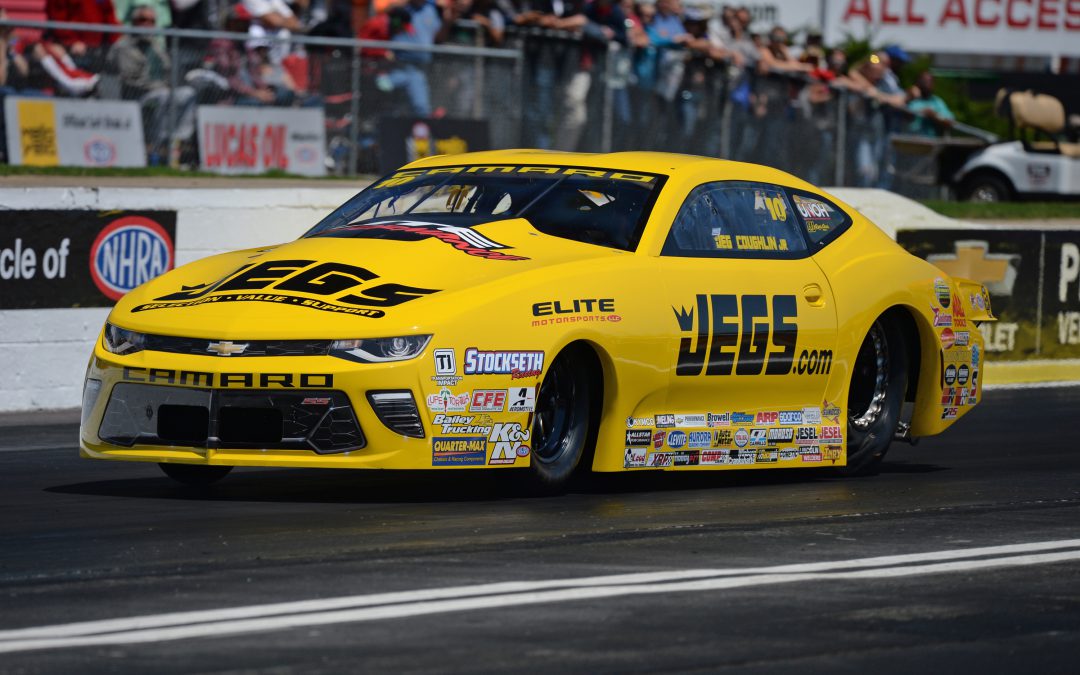 COMMERCE, Ga. (May 7) — Jeg Coughlin Jr. has won five Pro Stock championships in the past so he knows what it takes to win drag racing's ultimate prize. That knowledge includes the fact that you can't win every race, so it's what you do in between victories that can make a big difference.

That's why the 58-time national event winner was so pleased with his weekend in Atlanta after a strong semifinal finish in his JEGS.com/Elite Performance Chevrolet Camaro at the 37th annual Lucas Oil NHRA Southern Nationals.

"Great weekend here in Commerce, finishing with a good race day run," Coughlin said. "We started out on a high note Thursday with the Night of Champions and partnership dinner at Coca Cola headquarters, which was really, really cool. Both Erica (Enders, teammate) and Richard (Freeman, team owner) and a whole host of past champions and NHRA and Coca Cola officials were there and my wife Samantha and I really enjoyed that experience once again."

In the semifinals, Coughlin faced top qualifier Bo Butner, who went on to win the entire race, and lost when his car drifted out of the racing line. Butner's 6.583 at 211.49 mph did the job against Coughlin's resigned 7.342 at 144.24 mph.

"We got here to Commerce, made some nice runs in qualifying and ended up fourth on the ladder," he said. "Showed some good brass today winning the first couple of rounds but the car got a little bit out of control on me in the semifinals. It was bleeding a little bit to the right and by the time I got to fourth gear it just wasn't coming back for me. Instead it was pushing harder to the right and I had to push
the clutch.

"All I could do at that point was watch Bo mosey on down through there ahead of me. It was shaping up to be a good drag race but I couldn't keep her in the groove. We were damn-near neck-and-neck at the 330 but the car had different ideas."

Samantha Coughlin made her 2017 debut at this event, racing the JEGS.com Chevrolet Corvette Roadster to the second round of Super Gas eliminations.

This race concluded a stretch of three national events on consecutive weekends. The NHRA tour now takes a week off for Mother's Day before resuming action May 19-21 with the 29th annual Menards NHRA Heartland Nationals presented by Minties at Heartland Park Topeka.