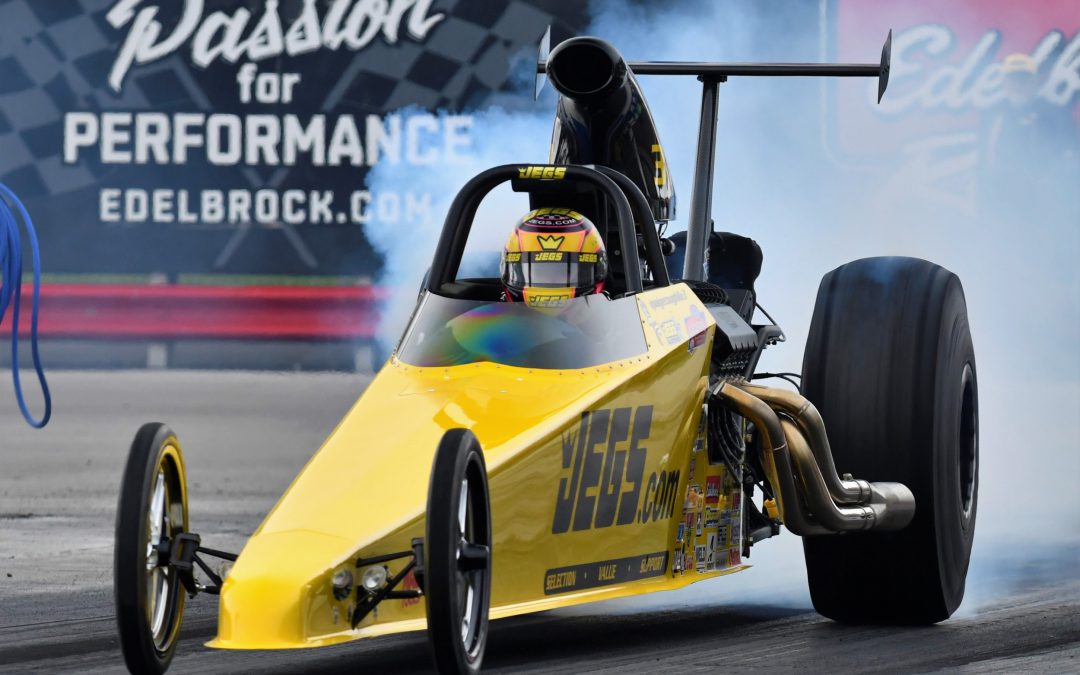 Coughlin, the daughter of three-time Pro Mod champion Troy Coughlin and granddaughter of Hall of Fame member Jeg Coughlin Sr., turned in an impressive streak of late-round finishes last season to earn the most points in her class in the North Central Division. With the Covid-19 pandemic erasing any early-season chances for anyone to make gains on her comfortable 21-point lead, Paige secured her place.

"It's an amazing opportunity for me to represent Division 3 at this year's JEGS Allstars," Paige said. "Having our family business as the title sponsor of the event and knowing the history my dad, uncles and brother have had in the past makes it really special for me to be involved. I'm going to do everything I can to help our division win the event.

"I had a very consistent racecar last year and we were able to go deep at just about every race. It's a real credit to my crew chief Justin Beaver, as well as Tony Collier, Greg Cody and everyone else from Team JEGS, who helped put this car together every weekend."

Paige will certainly be in elite company at the JEGS Allstars event, which takes place during the annual Route 66 NHRA Nationals. To be invited, participants must lead the points in one of 10 different Sportsman categories in each of the NHRA's seven geographic regions. In all, close to 100 racers will be involved.

She will compete for a portion of the $124,000 purse both as an individual racer and as part of the Division 3 squad. If she wins the Super Comp trophy in the JEGS Allstar race, Paige would pocket $4,500. A runner-up result would be worth $2,000. If her team outscores all the others, she'd share part of a $20,000 prize. If she wins both the JEGS Allstars race and the Route 66 NHRA Nationals, she'd be awarded a double-up bonus from JEGS High Performance.

"You know you're racing the absolute best of the best so every round will be intense," Paige said. "I'm really excited. It's just so cool to be involved, especially this early in my racing career. The support and love I get from my family made it happen, for sure.

"I just can't wait to go racing again. I go and look at my poor racecar sitting in the shop and it just doesn't feel right. It's like 'Why aren’t we out there winning rounds,' and I'm like, 'Yeah, I know.' It's going to feel so good to get back in the seat when all this is over. We were running so well before and I had such a blast last season. We're more ready than we've ever been to start up again."

After learning the ropes in the Junior Dragster class, Paige started racing Super Comp in 2017 when she was still in high school. Now a sophomore at Miami University of Ohio, Paige schedules her races around a busy college schedule as she studies public relations and communications.