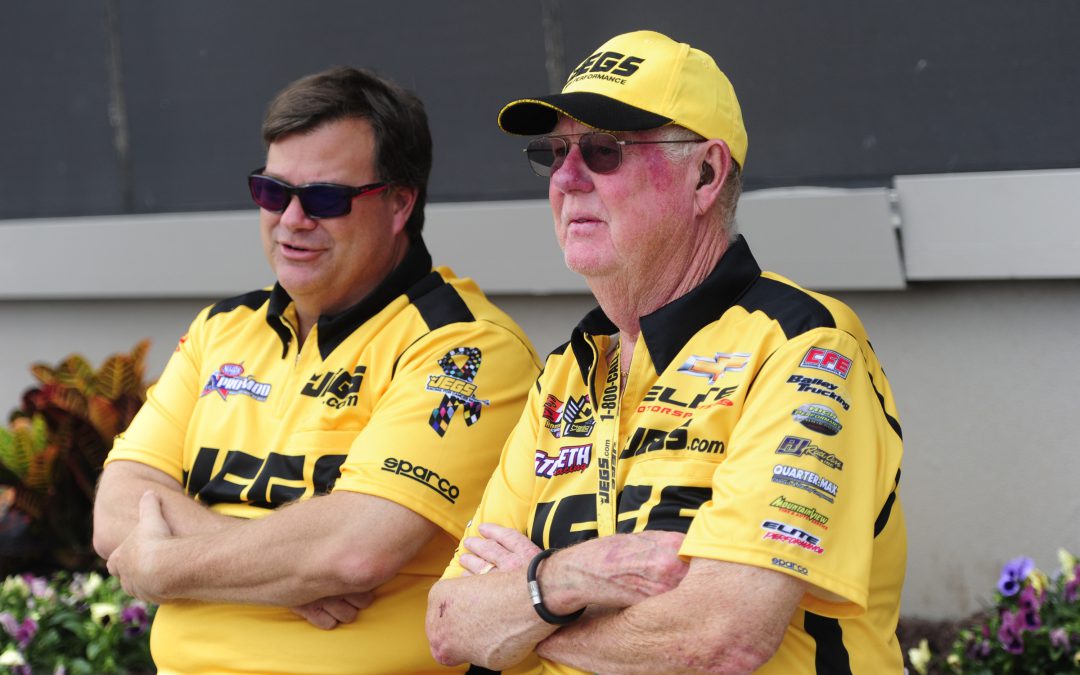 COMMERCE, Ga. (May 3) — Fresh off a super successful weekend in Charlotte where he qualified at the top of the Pro Mod field and raced to a runner-up result on race day, two-time world champion Troy Coughlin is chomping at the bit to get his twin-turbo JEGS.com Chevrolet Corvette C7 back on track. He won't have to wait long as the 37th annual Lucas Oil NHRA Southern Nationals begin Friday at Atlanta Dragway.

"It's hard to believe but Atlanta marks the fourth race of the year for the J&A Service Pro Mod Drag Racing Series," Coughlin said. "We are definitely having some fun. This year the NHRA added two races to the schedule so instead of 10 races, we now have 12, but even so it seems like they are flying by.

"We're really pleased with our start, especially as we continue to try and catch up with the supercharged and nitrous cars. The offseason rule changes for those cars certainly helped them out and since turbo cars were left the same, we've had some extra work to do. Last weekend let us know we're getting a little closer."

Coughlin's runner-up finish at zMax Dragway lifted him to second place in the championship points, just 63 points behind Mike Castellana, who edged Coughlin in the Charlotte final.

"We are hoping for heat and humidity," Coughlin said. "It was a steamy weekend in Charlotte and for whatever reason it seemed to level the playing field for the turbo cars so bring on the heat. We run a lot of races in the summertime so if we tend to run better in the heat in relation to the supercharged and nitrous guys, then I'll gladly suffer.

"Steve Petty, Mike Rees and Kyle Pettis, my crew guys, they are the ones who should get all the credit here. They've done remarkable things with this racecar. It's so easy to drive. The driver tends to get the spotlight but I want to point it to them because they're the ones doing all the work."

When not racing his sleek C7, Coughlin will stay busy in Atlanta in support of brother Jeg, who is racing the JEGS.com/Elite Performance Chevrolet Camaro in Pro Stock, his sister-in-law Samantha, who is competing in Super Gas in a JEGS.com Corvette roadster, and son Troy Jr., who drives the SealMaster Top Fueler for Kalitta Motorsports.

"The more family around the better," he said. "It’s how we've always raced."