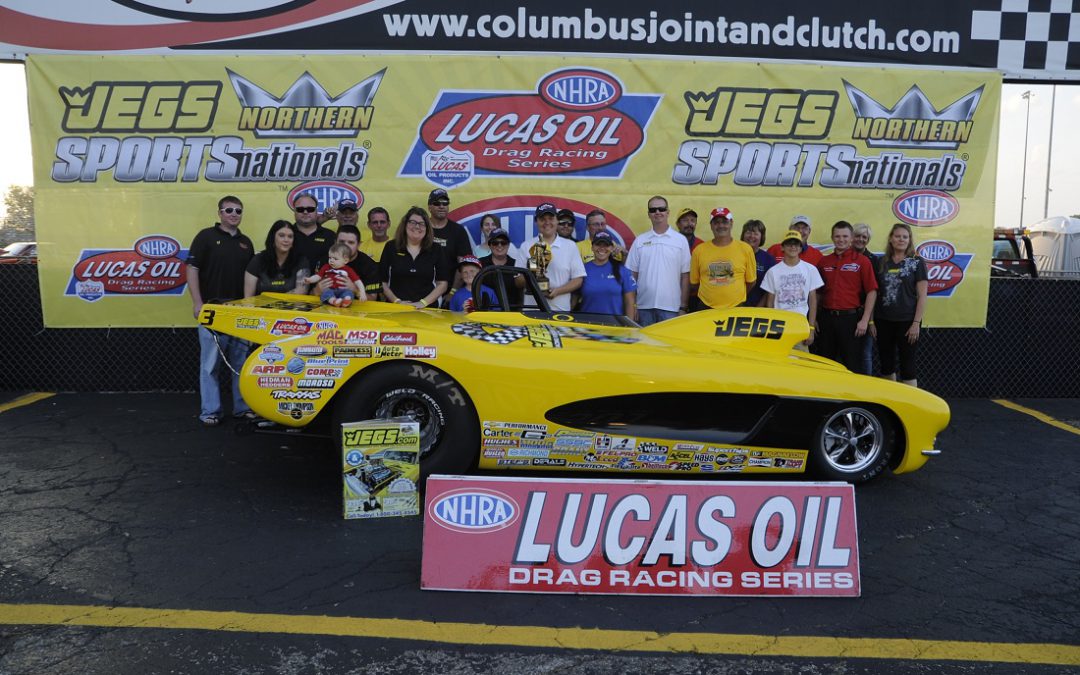 COLUMBUS, Ohio (Sept. 20) — In a race with extreme sentimental meaning, Troy Coughlin Jr. captured the Wally in his JEGS.com Super Gas car in front of his hometown crowd at the JEGS NHRA Northern SPORTSnationals at National Trail Raceway.

"This is my hometown; we race here a lot locally on the weekends," Coughlin said. "Winning here is obviously very, very special. Everyone in my family that has raced here has won here. To walk away with the Wally at this track means a lot more than a lot of people think."

With a bye in the Super Gas semifinals, Coughlin was put in position to bring the title home.

"In the final I was .048, one above 9.900," he said. "It wasn't quite perfect like I would have hoped for but it was just enough to win. I can't complain because in the end we got the win and that's what matters."

Along with his victory this weekend, Coughlin raced to a Super Gas semifinal finish in the Moser Shootout as well as solid appearance in his JEGS.com Super Comp car.

"In Super Comp we got into a good race and made it to the fourth round," Coughlin said. "We had 14 dead on zero, which is really hard to beat.

"To be so competitive, a fourth round in Super Comp and to come out on top in Super Gas is all thanks to the whole JEGS crew. Not only those at the track but those that work at home plus the fans here that made it a great show this weekend. It gave us a lot of incentive to win."

With JEGS.com well represented this weekend, Coughlin had the added bonus of being able to share his success with his friends and family who may not normally be able to make it out to the track.

"I want to thank my mom and dad for sure," Coughlin said. "In fact, Mom was here this weekend and it was really special to win for her.

"My girlfriend was also here this weekend, which means more than words can say. She races Top Alcohol Dragster and took a break to come watch me race, which means a lot."