T.J. Coughlin looking to close ’14 NHRA campaign with another victory 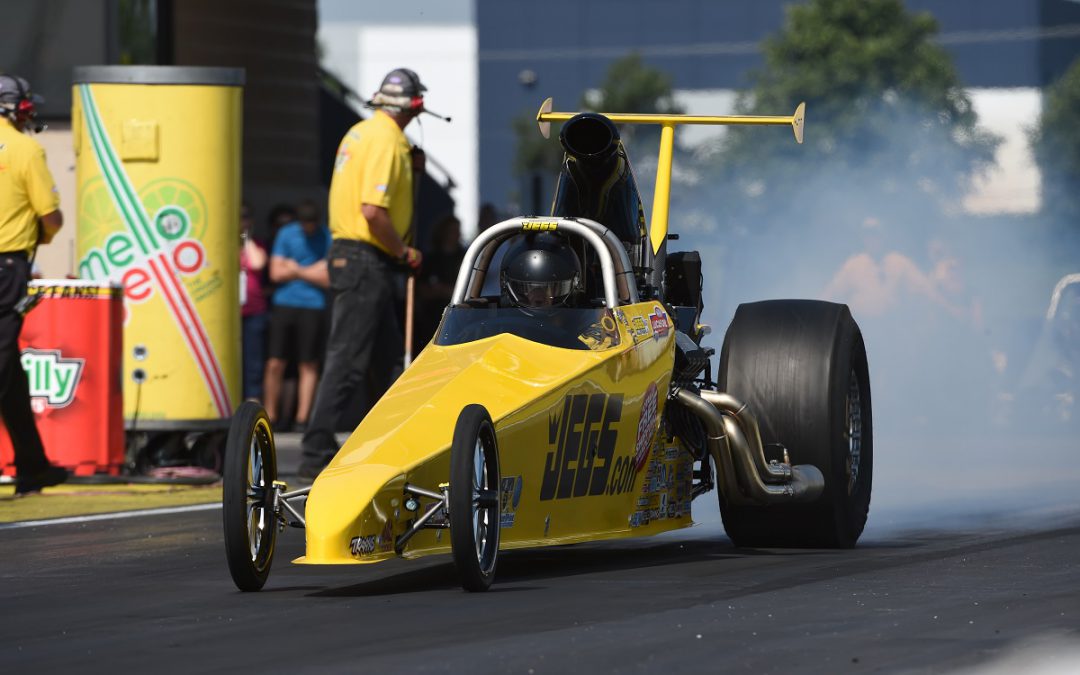 READING, Pa. (Sept. 29) — With three victories and a runner-up result in his last five drag races, Lucas Oil Drag Racing Series star Troy Coughlin Jr. will conclude his 2014 campaign on a hot streak no matter what happens at this weekend's 30th annual NHRA Nationals at Maple Grove Raceway. The only thing left to do is put a cherry on top of a career season highlighted by his second win at the Chevrolet Performance U.S. Nationals, the sports biggest and longest running affair.

"It's been a great year," Coughlin said. "I owe it all to my crew — Tony Collier, Justin Beaver, Greg Cody and Rick Rossiter — because they've given me two perfect racecars every time I've gone down the track. Their attention to detail has been the difference and I'm very thankful to have them on my side.

"This will be our last NHRA race of the season so it's important for us to have another good showing. We want to finish as high up in the national and divisional points as possible. I feel like I owe it to my guys, my parents and my uncles for all they've done for me, this year and really since I've started drag racing."

While Coughlin is sure to be a threat in both his JEGS.com Super Gas Corvette Roadster and his JEGS.com Super Comp Dragster, he expects to witness big things from both his Team JEGS.com teammate Jeg Coughlin Jr., his uncle who races in Pro Stock, and his girlfriend Mia Tedesco, who competes in Dave Hirata's Top Alcohol Dragster.

"Uncle Jeg has been a mentor to me," Coughlin said. "He's taught me so much about driving these cars. He's won so many races at both the professional and Sportsman level. He knows what it takes because he's been there so many times himself. He's the defending Pro Stock champion at Reading and I know he needs a big race to stay after the Mello Yello championship so for sure Ill be there for him.

"I'm so proud of Mia. Watching her race makes me smile. She's one heckuva driver too, such a fast learner, it's impressive. We always talk about being in the same winner's circle celebration so we'll both try to hold up our end of the deal at Maple Grove. Maybe Uncle Jeg will join us also."

Either way, Coughlin will enjoy his time in Pennsylvania's Dutch Country.

"Reading is such a cool environment to race in," he said. "It's beautiful country around there and the setting of that racetrack is awesome, down in that valley. It can also be very good racing conditions.

"We're prepared as much as we can be; now it's all about execution and effort and good, quick decision-making behind the wheel."