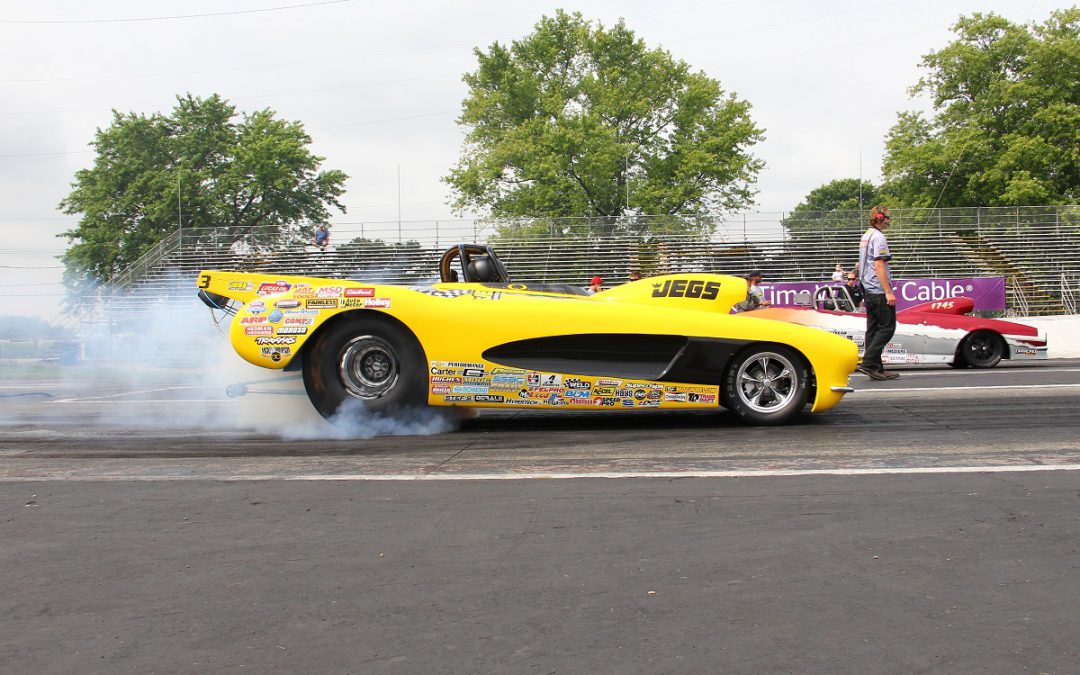 BOWLING GREEN, Ky. (Aug. 18) — Fresh off a victory this past weekend at a Divisional race in Cecil County, Md., T.J. Coughlin is ready to power his way down the quarter mile of Beech Bend Raceway Park in hopes of securing another NHRA Lucas Oil Drag Racing Series win in the North Central Division this weekend in Bowling Green, Ky.

Never one to dwell on past successes, Coughlin already has switched his focus towards his next race in his winning JEGS.com Super Gas car. While there is little work to be done to prepare the car, Coughlin recognizes that his mental preparation will be a major key to continued success.

"Winning in Cecil was great and we enjoyed it that night but now it's time to focus on the next race ahead," Coughlin said. "Back-to-back races don't allow for much time to relax. We have some maintenance to do on the car to get it ready for battle again, but no major changes really. Obviously, it was running great in Maryland.

"Otherwise, between me and my crew guys, preparation for Bowling Green is really all mental. From here, it's making sure we are all in the same groove and seeing the same pictures. I need to have the mindset of going 0.00 on the tree every pass and be ready to be dead on my dial at the other end."

With momentum on his side, Coughlin is heading to a track where he has seen past success. He took home a Super Gas victory in the 2013 divisional race at Beech Bend Raceway Park, and knows what it will take to get down the lanes first in hopes of securing another win.

"Expectations as usual are pretty high for me week in and week out," said Coughlin, who also will be running his JEGS.com Super Comp dragster. "We won last week and we won last year's divisional race in Bowling Green so we have good data and great momentum heading into this weekend. We know this track really well so the hope is to transfer what we know to continued success."

Qualifying and round one of competition will start Saturday, Aug. 23, with eliminations wrapping up Sunday.