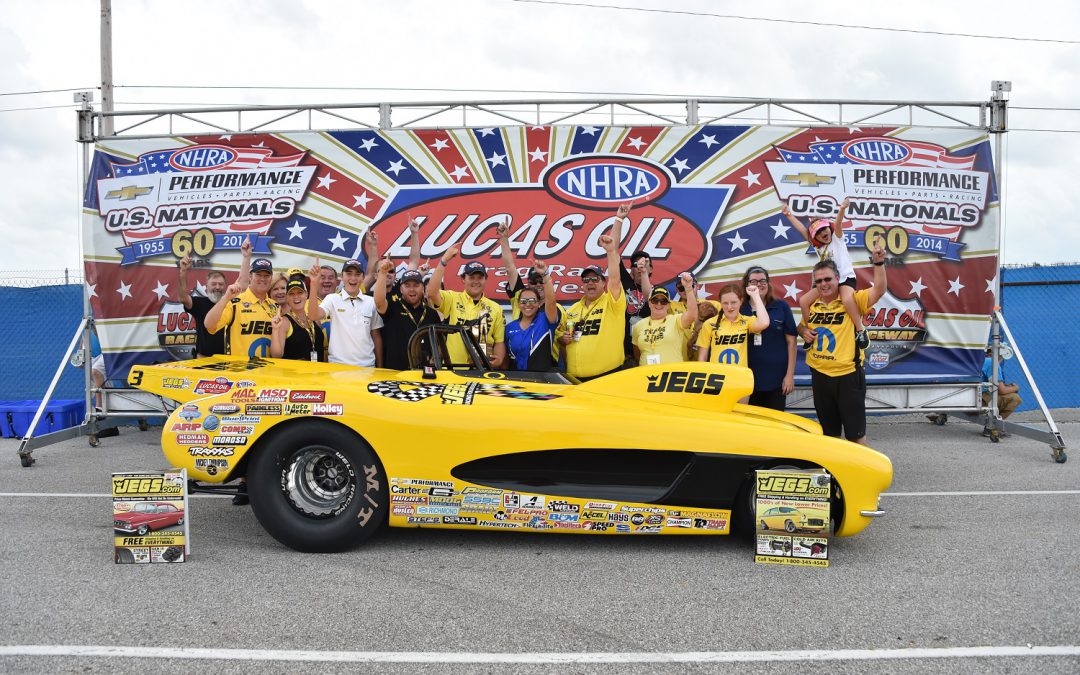 Coughlin survived a grueling eight rounds of elimination action to clinch the sport's most coveted trophy, which will now reside next to the Super Comp Wally he captured at Lucas Oil Raceway at Indianapolis in 2010.

"This whole weekend takes me back to when I was a kid," Coughlin said. "We used to sneak out of school a little early on Friday and come over here and stay until Monday night. Back then it was watching my uncles and my dad race. Now we're getting the chance to race ourselves. It's just the biggest thing going. There's really no way to describe it all.

"When I won here in 2010, I really couldn't say what it meant to me until about two years later. It's such an historic race. You think about Shirley (Muldowney) and 'Big Daddy' (Don Garlits) and legends like that who have won here. Standing here (in the winner's circle), it hits you in your stomach. You go home at night and you can't sleep."

The son of two-time world champion Troy Coughlin and grandson of Hall of Famer Jeg Coughlin Sr., T.J. was dead perfect in the money round, running precisely on his 9.900-second index in defeating first-time finalist Jeff Weets, who broke out.

"Thanks to Uncle Jeg, Justin Beaver, Rick Rossiter, Tony Collier, Greg Cody, Kyle Pettis, Mike Reese, Steve Petty, everyone at Team JEGS, they make this car so perfect," T.J. said. "The maintenance program is second-to-none and that takes away all the variables you can control. Nothing is left to chance. Everything you can control, they have it squared away. I'm the luckiest kid in the world and I know it.

"Big thanks also to everyone back at JEGS. There are hundreds of people who support what we do, and when I'm back at work it's so cool to hear the excitement they have for all of us that race with JEGS on the sides of our race cars."

The Indy victory is T.J.'s second in the last three events, to go along with a runner-up result sandwiched in between. He now has four national event wins, two in Super Gas and two in Super Comp.