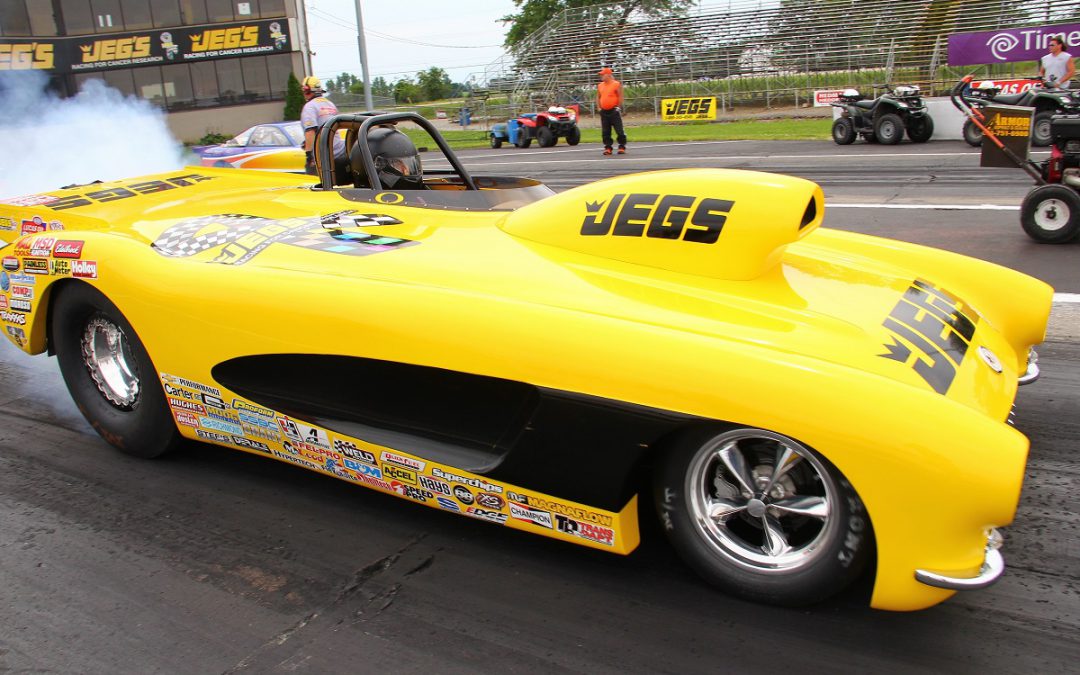 Coughlin survived seven rounds of competition to score his first victory of the 2014 season.

"It was a pretty good day," Coughlin said. "We made some really good runs, thanks to a very competitive race car. We were in the right place at the right time a lot today."

"I've got to give credit to all of my guys," Coughlin said. "The car was in such good working order that it allowed us to go fast and to repeat it as well."

Winning a Lucas Oil Drag Racing Series race is a study in skill, performance, luck and perseverance, and Coughlin had all four.

The No. 22 qualifier, Coughlin took out Len Riotto with a .029-second reaction time and a pass of 9.955 seconds on the 9.90-second Super Gas dial. In the second round, Coughlin got the win when Jim DiMaio went red.

Coughlin's driving skill was on display in the fourth round, as his .035 light gave him an advantage over Ray Sawyer. That was more than enough to overcome Sawyer's quicker 9.921-second pass, though Coughlin was right there with a 9.922-second run.

Coughlin then had a bye in the semifinal before lining up against Jason Kenny in the final round. Coughlin had the better reaction time. 020 to .024, getting the win on another double breakout (9.888 for Coughlin to 9.887 for Kenny).

"What a fun day," Coughlin said. "I'm so thankful for this opportunity, and I have to give a big thanks to all the associates at JEGS for all their hard work and support.

"Cecil County was a cool track. That was the first time I've ever been there, but it was a good track."