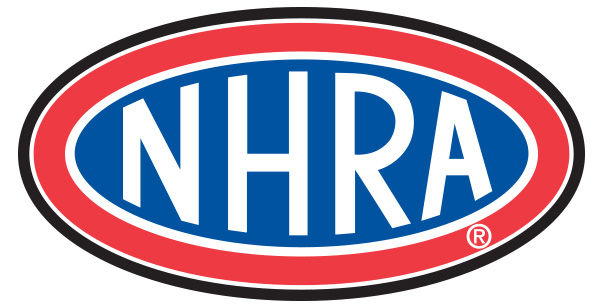 The JEGS Mail Order team will be represented at this week’s AAA Texas NHRA FallNationals by Jeg Coughlin Jr. and Troy Coughlin Jr., who will be competing in Pro Stock.

Jeg Jr. has won two of the first seven races and he’s currently ranked No. 3 in the Camping World Pro Stock standings as he pursues a seventh NHRA title. 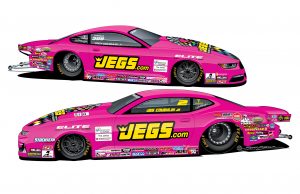 After winning national events in Super Gas, Super Comp, and Top Alcohol Dragster, as well as successful stints in Top Fuel and Pro Mod, Troy Jr. will be making his sixth start in the NHRA Pro Stock class. He is driving a Mustang for the Elite Performance team.

Last year, Jeg Jr. finished as the No. 2 ranked driver in the Pro Stock class behind Elite teammate Erica Enders. It was the second-straight year that he’s been the championship runner-up. Jeg Jr. has now finished in the top ten 19-times in his professional career, which began in 1997.

Jeg Jr. has announced 2020 as his last full-time season in professional drag racing. Coughlin’s final campaign will be dubbed the “Breaking Barriers Tour,” in reference to his many racing accomplishments.

Earlier this season, Jeg Jr. won the $75,000 top prize in the Drag Illustrated World Doorslammer Nationals race in Orlando, Fla. Jeg defeated Greg Anderson in the final round of the inaugural event, which featured the sport’s best Pro Stock and Pro Mod cars.

Jeg Jr has won at least one national event at 24 different facilities including the Texas Motorplex. The only current stops on the NHRA Mello Yello Drag Racing Series tour where he has not won are the races in Norwalk, Ohio and Epping, N.H.

Jeg Jr. made his Pro Stock debut at the Texas Motorplex in 1997. He qualified No. 7 and defeated the late Scott Geoffrion in round one before losing to Jim Yates in round two.

Last year,  Jeg Jr. qualified No. 1 at the Dallas event and reached the final where he earned a runner-up finish to Greg Anderson.

In 23 appearances at the Texas Motorplex, Jeg Jr., has a round win record of 29-19 in Pro Stock competition.

Jeg Jr. is the only professional racer in history to win a national event title from all 16 starting spots. During his Indy win in 2000, Jeg qualified No. 16.

With 65 Pro Stock wins in his career, Jeg Jr. ranks fourth all-time among Pro Stock drivers. Only Warren Johnson (97), Greg Anderson (94), and the late Bob Glidden (85) and have more titles.

Jeg Jr. has been the low qualifier 34 times in Pro Stock including the first two events of 2020 in Pomona and Phoenix.

During his Pro Stock debut in 2020, Troy Jr. has competed in five events and has a round win record of 3-4. He has qualified four times.

In his runner-up finish in Pro Stock at the Dodge NHRA Nationals, Troy Jr. qualified No. 13 and defeated Kyle Koretsky, Erica Enders, and Jason Line to reach the final round.

During his career, the versatile Troy Jr. has raced in Top Fuel, Top Alcohol Dragster, Pro Mod, Super Comp, Super Gas, Top Dragster, E.T. Brackets, and Jr. Dragsters. Earlier this season in Orlando, he made his debut in the Pro Stock class alongside his uncle, Jeg Jr. The JEGS Mail Order teammates raced in round two with Jeg taking a narrow victory.

7: Different classes where Jeg Coughlin Jr. has won at least one NHRA national event title (the only driver in history to do so)