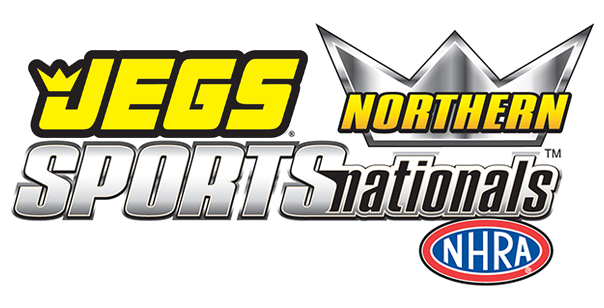 The JEGS Mail Order team will be represented this weekend by Troy (T.J.) Coughlin, who will be pulling double duty in Super Comp and Super Gas. Fellow third-generation racer Clay Coughlin and his cousin, Makenna Brown, will also be in competition in the Jr. Dragster class.

At the 2011 JEGS Northern SPORTSnationals, third-generation racer Troy Coughlin Jr. drove to a runner-up finish in the Super Comp class, losing to Phil Smida II in the final round.

With three wins and a runner-up, Mike Coughlin is the most successful racer in the history of the JEGS Northern SPORTSnationals. He won the Top Sportsman titles in 2009, 2007 and 2006, and was a runner-up in Super Comp at the inaugural event in 2005.

The coveted JEGS Crown trophy will once again be up for grabs at this weekend’s event. The JEGS Crown is a handcrafted trophy that can only be won by winning two of the three JEGS SPORTSnationals events in a calendar year. The winners of the JEGS Cajun SPORTSnationals, held last March in Belle Rose, La., are in the running for the trophy this year. The JEGS Pacific SPORTSnationals is scheduled for later this year in Las Vegas.

Since its inception, the JEGS Crown has been awarded just once, to Pro Mod competitor Mike Ashley, who won the Pro Mod class in Belle Rose and Columbus in 2005.

The JEGS NHRA Northern SPORTSnationals will include several special events including the JEGS Top Dragster Shootout, and the DRAW/RFC Super Eliminator Shootouts presented by Moser Engineering for competitors in Super Comp, Super Gas, and Super Street as well as the Moser Sportsman Shootout.

The Moser Sportsman Shootout is unique in that racers from the seven entirely different class structures will be racing each other. Brad Zaskowski in Super Stock and John Scali, Jr. in Top Sportsman are the only returning Moser Shootout participants from last year’s inaugural event.  Qualifying for the field is based on the best four of six point finishes in the current North Central Division season that closed out at Beech Bend Raceway Park last month. A $15,000 cash purse is up for grabs with $5,000 to the winner, $2,000 to the runner-up, $1,000 to each of the semi-finalists, $700 to the quarter-finalists and $400 to each of the remaining event qualifiers.

In the first seven years of the event, three women have earned titles at the JEGS Northern SPORTSnationals. Lynn Hoosigian won the Super Street title in 2007. Katie Sepanek claimed a victory in Stock in 2008 and Mary Meints won the Stock title in 2009.

Thus far, the only driver to score a double win at the JEGS Northern SPORTSnationals is Peter Biondo, who earned both the Super Stock and Stock titles at the 2005 race. Bo Butner came close to duplicating that feat with a win and a runner-up at last year’s event.

In addition to Biondo, and Mike Coughlin, the only other drivers with multiple titles at this event are Jeff Taylor, who claimed the title in Comp Eliminator in 2005 and 2008, Jason Coan, who has Comp wins in 2009 and 2011, and Butner who has a Comp win in 2006 to go along with his 2012 Stock title.

11 – Victories for the Coughlin family at National Trail Raceway