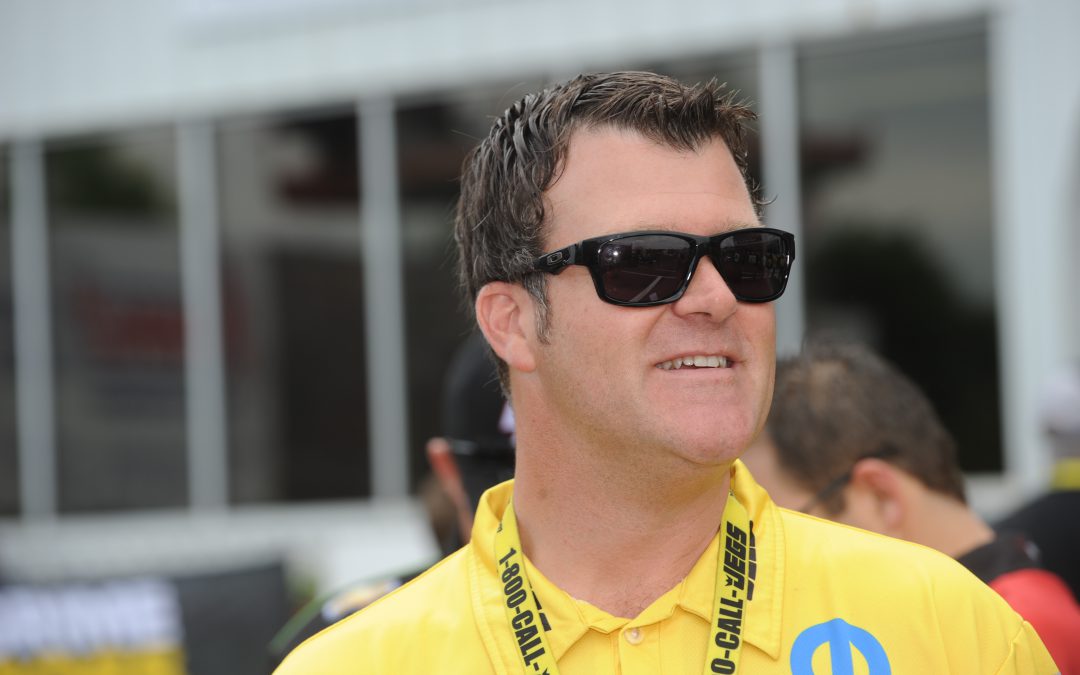 Jeg Coughlin Jr. will once again pursue the NHRA Mello Yello Drag Racing Series Pro Stock championship in 2013. Jeg Jr. is driving the same JEGS Mopar Dodge Avenger that carried him a ninth-place finish last season. It was the 13th time in his career that Jeg Jr. has finished in the top ten.

The JEGS Mail Order team made a major change to their Pro Stock program this winter when Jeg Jr. joined forces with reigning NHRA Pro Stock champion Allen Johnson. This year, Coughlin’s Dodge will be powered by engines from Johnson’s J&J Racing team and will be tuned by Johnson’s crew chiefs Mark Ingersoll and Jim Yates.

At the recent O’Reilly NHRA Spring Nationals in Houston, Jeg Jr. was the No. 1 qualifier in Pro Stock. It was the 18th time in his career that he has led a Pro Stock field.

Jeg Jr. won the Pro Stock title at the 2000 Topeka event, driving his Team JEGS entry to a final round win over Darrell Alderman. Jeg Jr. also has a runner-up finish at this event in Pro Stock 1998, in his first appearance at Heartland Park Topeka as a professional. Jeg Jr. lost to Warren Johnson in that final.

Jeg Jr. has qualified in the top half of the Pro Stock field in 9 of his 13 appearances at Heartland Park Topeka including a best of No. 1 in 2000. Jeg Jr. has been the No. 1 qualifier 18 times in his career.

As a sportsman racer, Jeg Jr. won the Super Stock title in Topeka in 1994 and earned a runner-up finish in Competition Eliminator in 1997. That season, he set an NHRA record by winning national events in four separate classes; Pro Stock, Comp, Super Stock, and Super Gas.

In 13 career appearances at Heartland Park Topeka, Jeg Jr. has a round win record of 18-11 in Pro Stock competition.

Jeg Jr’s best elapsed time in a Pro Stock car is 6.487-seconds and his best speed is 213.23-mph both recorded at the recent NHRA event, the Amalie Gatornationals in Gainesville, Fla.

Jeg Jr. is one of only two drivers, along with Peter Biondo, to win national event titles in six different categories. He has won in Pro Stock, Comp, Super Stock, Super Comp, Super Gas, and Top Dragster.

In 313 career Pro Stock races, Jeg Jr. has reached the final round 87 times, recording 52 wins. Including his 16 sportsman victories, Jeg Jr. has won a total of 68 times, good for tenth place on NHRA’s all-time wins list. During his career, Jeg Jr. has appeared in 109 final rounds, 87 as a professional and 22 as a sportsman racer.

During his Pro Stock career, Jeg Jr. has competed in 313 events and recorded 498 round wins while incurring just 245 losses. He has failed to qualify just 16 times.

4          Final rounds for Jeg Coughlin Jr. at Heartland Park Topeka (two in Pro Stock, one in Comp and one in Super Stock)