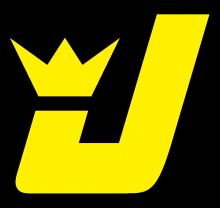 In 2012, Jeg Coughlin Jr. is making his return to the NHRA Full Throttle Drag Racing Series after a one-year hiatus. Jeg is driving the all-new JEGS Mopar Dodge Avenger in the Pro Stock class. In his first outing since his return, he drove to a runner-up finish at the O’Reilly Auto Parts Winternationals.

Following last weekend’s Mac Tools U.S. Nationals, Jeg has secured the No. 10 seed in the upcoming six-race Countdown to the Championship playoffs. Jeg enters the playoffs 110 points out of first place.

After qualifying for the Countdown, Jeg is guaranteed to finish in the top ten in the NHRA Pro Stock class for the 13th time in his career.

During his hiatus from Pro Stock racing in 2011, Jeg returned to his roots and spent much of the year racing in various sportsman classes. He enjoyed tremendous success, winning the Super Comp title at the JEGS NHRA Pacific SPORTSnationals in Fontana, Calif., and numerous major E.T. bracket racing titles.

In 2010, his most recent season in Pro Stock competition, Jeg Coughlin won four Pro Stock races in seven final round appearances. He also claimed a win in the Top Dragster class at the St. Louis event.

zMax Dragway is one of just two facilities where Jeg has not won a national event title (the other is Norwalk, Ohio). Jeg has won national events at 22 different NHRA facilities.

Jeg and then-teammate David Connolly helped christen zMax Dragway and were the first professional drivers to make a run on the drag strip when it opened in 2008.

In 300 career Pro Stock races, Jeg has reached the final round 85 times, recording 52 wins. Including his 16 sportsman victories, Jeg has won a total of 68 times, good for tenth place on NHRA’s all-time wins list. During his career, Jeg has appeared in 107 final rounds, 85 as a professional and 22 as a sportsman racer.

Jeg is one of only two drivers, along with Peter Biondo, to win national event titles in six different categories. He has won in Pro Stock, Comp, Super Stock, Super Comp, Super Gas, and Top Dragster.

During his Pro Stock career, Jeg has recorded 481 round wins while incurring just 232 losses. He has failed to advance past the opening round just 76 times.

Jeg will once again be pulling double-duty at the Concord event as he will also be behind the wheel of his JEGS.com Drag Pak Challenger in Stock Eliminator. Earlier this season, longtime family friend Jeff Taylor drove the same car to a win at the Gainesville Raceway Lucas Oil Series event.

The O’Reilly Auto Parts Nationals will also mark the sevenths race in the ten-event 2012 NHRA Pro Mod Series presented by ProCare Rx. Troy Coughlin will be behind the wheel of his turbocharged JEGS.com Chevy.

Troy enters the event as the third-ranked Pro Mod driver in the series. He is currently just 64-points out of first place following his semifinal finish at the most recent event in Indianapolis.

Troy’s JEGS.com Chevy is tuned by noted turbocharger expert Steve Petty. At the season-opening event in Gainesville, Troy posted the top speed of the event with a career-best 256.26 mph speed. He is officially the fastest member of the Coughlin family, eclipsing the performance of his father, Jeg Sr., who raced in the Top Fuel class in the early 1980s.

Troy also posted a runner-up finish in Pro Stock at the 2000 NHRA Gatornationals, falling to Warren Johnson in the final.

Troy is one of the few Pro Mod competitors who have raced all three current engine combinations; turbocharged, supercharged, and nitrous oxide assisted.

Before moving to the Pro Mod class, Troy enjoyed success in the NHRA Pro Stock class, recording two wins in 12 final round appearances. He also won the $50,000 top prize at the 2000 Winston No Bull Showdown at Bristol Dragway, a special non-points event for Pro Stock competitors.