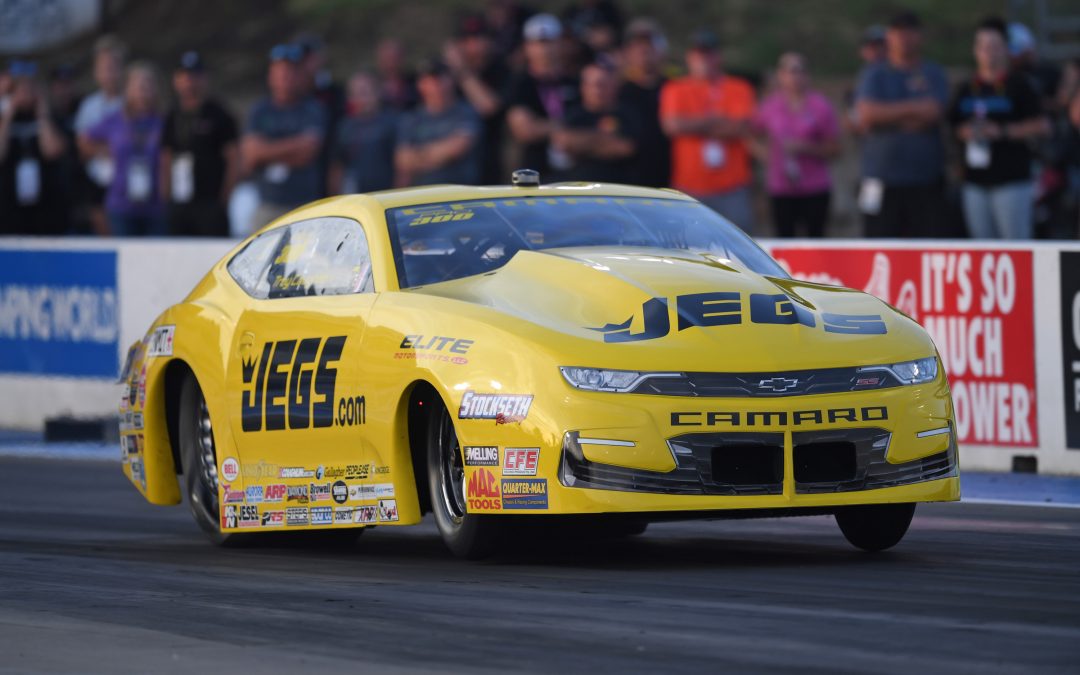 TOPEKA, Kan. (Aug. 15) – Troy Coughlin Jr. became the fourth member of his legendary family to earn the No. 1 qualifier designation, highlighting a steady race weekend that ended with a third-place finish in the Pro Stock category.

Coughlin coaxed a 6.600-second pass at 205.07 mph out of his JEGS.com Elite Motorsports Chevrolet Camaro Saturday to edge points leader Greg Anderson out of the top qualifying position. That placed the 31-year-old, third generation pro alongside his six-time champion uncle Jeg Coughlin Jr., his three-time champion father Troy Coughlin and his three-time divisional champion uncle Mike Coughlin as family members who have topped a pro field at an NHRA national event.

“All the credit in the world goes to this team,” Troy Jr. said. “Our crew chief Mark Ingersoll, along with Steven Hurley, Kelly Murphy, Kyle Bates and Eric Luzinski earned that No. 1 qualifier, for sure. Their relentless pursuit of perfection yielded the results they deserve. I just wish I could have carried that momentum all the way through race day.” 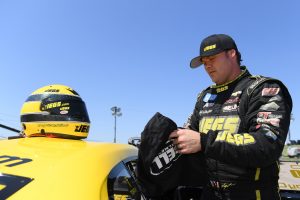 Even though Troy Jr. didn’t hoist the trophy Sunday at the conclusion of the 32nd annual Menards NHRA Nationals presented by PetArmor, his semifinal finish at Heartland Park Topeka validated his qualifying performance and kept confidence levels high in the JEGS pit.

“One of the hardest things in this sport is matching the race car and the horsepower to the conditions on the racetrack, but I’d say my guys are the best at doing that,” Troy Jr. said. “It was steamy hot out there and that calls for a special blend of aggressiveness where you have to keep your mind on maximum traction at the same time.

“You also have to factor in how the track changes each session, between the temperature changes and the track surface changing its consistency. It’s probably the toughest thing to figure out yet my JEGS Camaro was ready every time. Once I tighten up my race day driving routine we’ll be complete.” 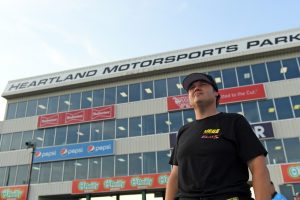 As top qualifier, Troy Jr. opened eliminations against 16th-ranked Cristian Cuadra, who tried too hard to overcome his performance deficit and jumped the green light by -.113 seconds, drawing an immediate disqualification. Regardless of the start, Troy Jr. probably had too much horsepower for Cuadra anyways as he went on to post a 6.607 at 205.22 mph against Cuadra’s 6.692 at 205.41 mph.

By the rarest of circumstances, Troy Jr. had a bye run in Round 2 due to the fact the two opponents on the opposite side of the ladder decided to have a lengthy staging duel in Round 1. Even when the NHRA starter ordered them to fully stage and race, neither driver would budge, forcing officials to DQ them both.

“That was one of those deals where the competitive juices get flowing and both drivers obviously decided they weren’t going to stage first,” Troy Jr. said. “I was behind them in the lanes when it happened and my first thought was, ‘Well, if I can win my first-round race I’m automatically in the semis.'” 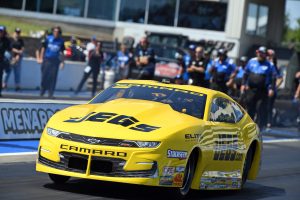 Up next over Labor Day weekend is the biggest drag race of them all, the U.S. Nationals, where Troy Jr. hopes to pick up his third trophy from the sport’s most prestigious and longest-running event.

“We have everything here and Indy has been great to us in the past so we will continue to build on what we have and try to win ‘the Big Go’ in a Pro Stock car,” Troy Jr. said. “That would be the ultimate.”