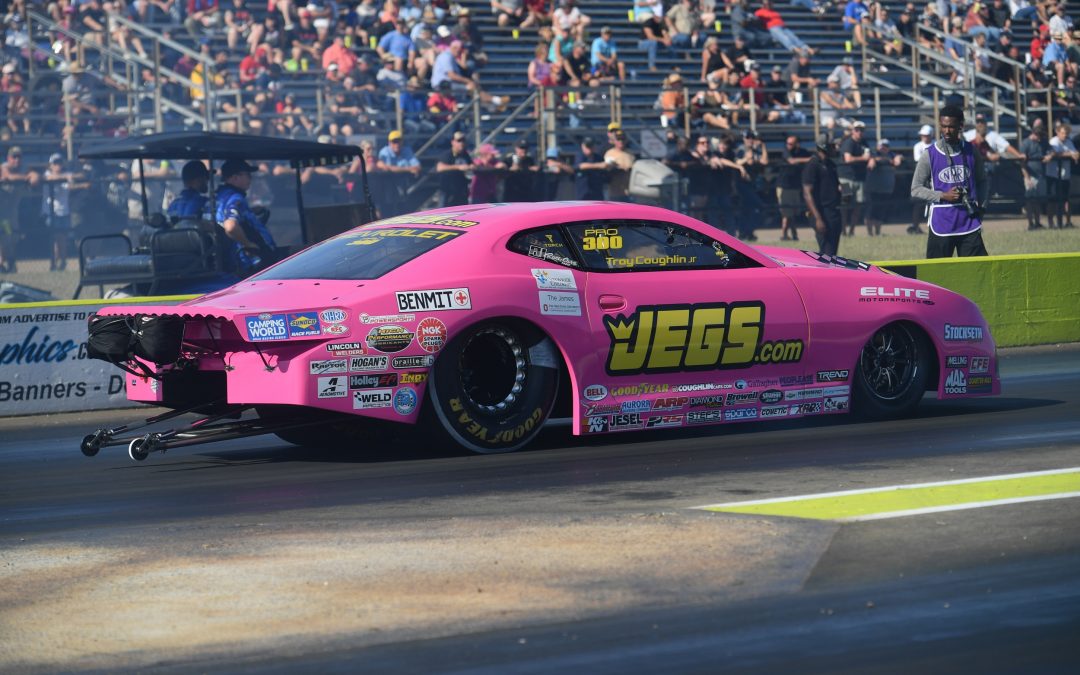 Troy Jr. will be trying his luck in Pro Stock and Super Comp at The Strip at Las Vegas Motor Speedway, while his uncle Mike is hoping for a successful debut in Top Alcohol Dragster, thereby giving the yellow-and-black attack three chances to score a victory.

“Any time you get a double shot at winning, twice as many chances to hit the Christmas Tree, and a weekend when I get to race with some of my favorite people in the world like my uncle Mike, the guys working on my car, and everyone else at Elite, it’s a perfect scenario for me,” Troy Jr. said. “I just want to race all the time.” 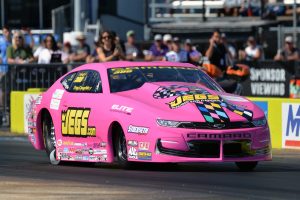 Currently seventh in the Pro Stock championship points in his JEGS.com Elite Motorsports Chevrolet Camaro, Troy Jr.’s main goal at this point is to end his first full season in the factory hot rod class with a win at one of the last two national events on the schedule. Las Vegas is the perfect place to pull it off as The Strip was the site of Troy Jr.’s first national event win, which he captured in 2009 in the Super Comp class.

“The championship isn’t in the cards for us this year but we continue to grow and I love to compete no matter what’s at stake so we’re going to have fun this weekend,” Troy Jr. said. “If we can get in there and take out some of teams fighting Erica (Enders, teammate) for the title, then we’ll be really happy. And sure, a win would be awesome.” 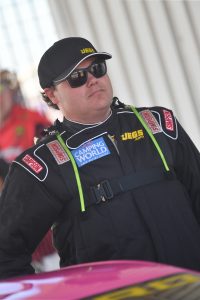 When he’s not driving himself, Troy Jr. will be a very interested spectator whenever Mike makes a pass in the JEGS.com/McPhillips Racing Top Alcohol Dragster. Troy Jr. won two regional TAD championships and 10 races with McPhillips Racing in 2018 and 2019 before turning pro.

“Uncle Mike has an unmatched enthusiasm for drag racing,” Troy Jr. said. “He’s had driving a nitro-powered car on his bucket list for a long time and it’ll be a thrill to watch him do it this weekend. No one knows the capabilities of McPhillips Racing better than me and together with Mike’s natural ability behind the wheel, they’ll be contenders for sure.”

It was Troy Jr.’s time with McPhillips Racing when Mike began thinking about driving a 5.1-second, 280-mph nitro-injected dragster himself.

“The two years (Troy Jr.) spent with Rich McPhillips and his crew allowed me to get to know the guys and see how extremely passionate they are about drag racing,” Mike said. “I’ve never seen a group that works so hard. It’s impressive.

“Rich and his son, Rich Jr., allowed me to cross-grade my license after Charlotte and since their regular driver Matt Cummings finished his season in Dallas, the chance to actually race came up so I decided to go for it. We’re kind of exploring our options for next year and if this weekend goes according to plan, we’ll think about very seriously.”

Mike is a three-time Division 3 champion earning the Top Sportsman title in 2007 and 2009 and the Top Dragster title in 2019. He has accumulated 28 NHRA wins in four different categories, with half his wins coming at national events.

“I’ve been looking for a new challenge,” Mike said, regarding the possible full-time move to Top Alcohol Dragster. “I’ve only made a few runs but it’s been incredible. It’s so fast and there’s work to do during the run so it’s really exciting. I’m used to going 230 mph to the quarter-mile and suddenly we’re hitting that mark by the eighth-mile, it’s crazy.

“The last time I looked there are 23 cars entered in the class, including all of the top teams in the country, so we will definitely have some serious competition right from the start. I couldn’t ask for a better car. They’ve already won six times this year in 11 final-round appearances and the crew is full of champions. I’m really excited to race.”