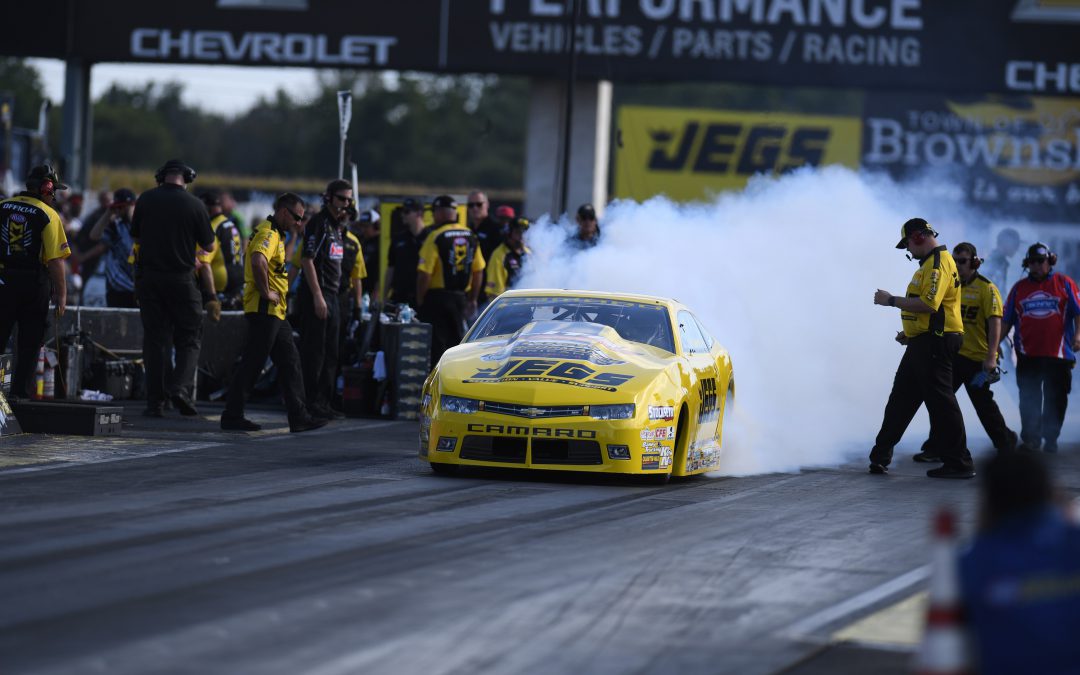 Jeg Jr. starts his charge at a seventh NHRA title from the No. 4 position in Pro Stock having won three national events in four final-round appearances in the regular season. His nephew Troy Jr., also a three-time winner this season, is sixth nationally in Top Alcohol Dragster and needs wins down the stretch to catch the drivers ahead of him.

"This is such a great time of the season," Jeg Jr. said. "I really embrace the playoffs. It's a very exciting time with lots of dramatic moments. It's awesome to have our JEGS.com Elite Performance Chevrolet Camaro up to speed and contending for race wins every weekend. It should be a great Countdown to the Championship.

"The regular season was interesting. The first third of the schedule we were just struggling to find our way. The team made some pretty dramatic changes at that point and everything turned around for us. We won our first race in a few years time at the JEGS.com Nationals in Chicago and managed to add a couple other wins in the weeks following that race. We have really shown the championship caliber of this Elite group."

A perfect 5-0 in final rounds at Maple Grove with four Pro Stock wins and one Super Gas victory, Jeg Jr. is just 40 points out of first place after the NHRA reset the points for the six-race Countdown to the Championship.

"I've literally grown up with Maple Grove a part of my life, reading about it, racing here and even winning here," Jeg Jr. said. "We've certainly had great success at this track and I can't wait to try and add to it this weekend. I'm like a big kid waiting for Santa. I can't wait for Friday.

"The over-the-hood goal for this race is to be prepared for each pass. Rick and Rickie Jones (crew chiefs) work hand-in-hand in tuning my car and Erica's (Enders, teammate) car and we're both set to make runs at this year's title. That's a very realistic goal for us and we plan to do everything we can to get it done."

Having won two of the last three events he's entered, Troy Jr. arrives at Maple Grove anxious to earn another Wally in the "backyard" of his Phoenixville, Pa.-based McPhillips Racing Top Alcohol Dragster team. The group is laser-focused on the national championship having already wrapped up the North Central Region crown.

"We're in sixth place nationally and everyone ahead of us deserves to be where they are," Troy Jr. said. "Our game plan isn't any different than it's been and that's to go out there and take it one pass at a time, do the best we can and see what happens. We can't control the outcome of others, just what we do.

"This is a big weekend for everyone at McPhillips Racing because they live and work 30 miles down the road. They've had a lot of success at this track over the years and I have a lot of confidence in Rich (McPhillips), Rich Jr., and the rest of the team. I've never won here but I remember my dad winning his first Pro Stock race here in 2001. I was just a little kid but I was so proud of him. I never wanted to let go of that trophy."