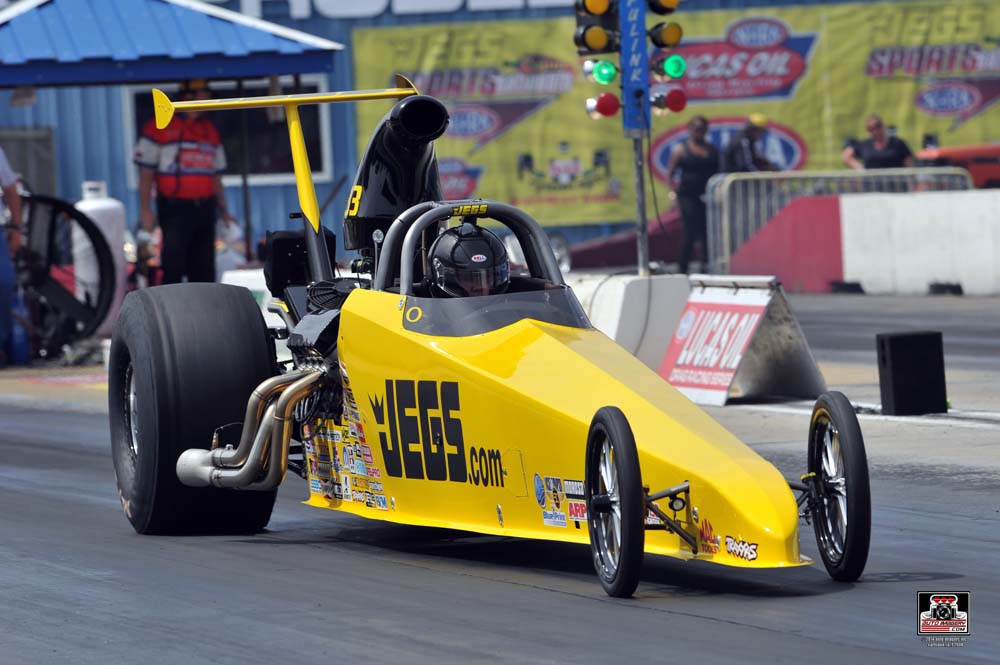 BELLE ROSE, La. (March 23) — Mike, Troy Jr., and Clay Coughlin set out for the JEGS NHRA Cajun SPORTSnationals with specific goals in mind, and after completing the opening weekend of their 2014 campaigns, all three drivers described a measured feeling of accomplishment.

Two-time Division 3 champion Mike proved he'll be a contender right out of the gate by qualifying a lofty fifth overall with a 6.62 at 210 mph at aptly named No Problem Raceway Park.

When eliminations started, he easily dispatched first-round opponent Michael Mims, who jumped the start, but Mike showed some race-day rust in Round 2 by jumping the Christmas Tree against Christopher Laquerre and drawing a red-light disqualification.

"The car and the guys did great," Mike said. "The driver was a little behind, but I expected that a bit because I didn't race much at all last season. There's just no match for real competition. You can hit the practice tree all winter long, but you can only feel that rush at a real race.

"It felt good to be back on track again, and I'm ready to keep going. I'm very excited about the season ahead."

Mike's next race is the NHRA Division 3 opener, scheduled for April 25-27 in Indianapolis.

The son of Pro Mod champion Troy Coughlin, Troy Jr. competed in both Super Comp and Super Gas. He did better in his Super Comp dragster, reaching the final five before succumbing to Marty Hellickson, 8.904 to his 8.911. In Super Gas, Troy Jr. raced to Round 3 in his Corvette Roadster before bowing to Patrick Dehmer.

"I'm pretty happy with how the weekend went," Troy Jr. said. "Of course, if you don't win you always have that feeling of wishing you had done more, but the cars were great and the crew didn't make any mistakes. You just don't win every race at this level; it's too competitive.

"Belle Rose is a great starting point to the season. The track is always perfect, and we've had a lot of success there over the years. It's neat representing the title sponsor and seeing the love for the JEGS brand. The racers out there know we're part of the sport and that we're always here for them."

Troy Jr. returns to action this weekend at the NHRA national event in Las Vegas.

Defending D-3 Jr. Dragster champ Clay, Mike's youngest son, got his season started with a few exhibition passes, which took place between rounds of Sportsman action. Clay's normal season begins at the end of May at National Trail Raceway.