Teamwork is the key to JEGS Allstars title 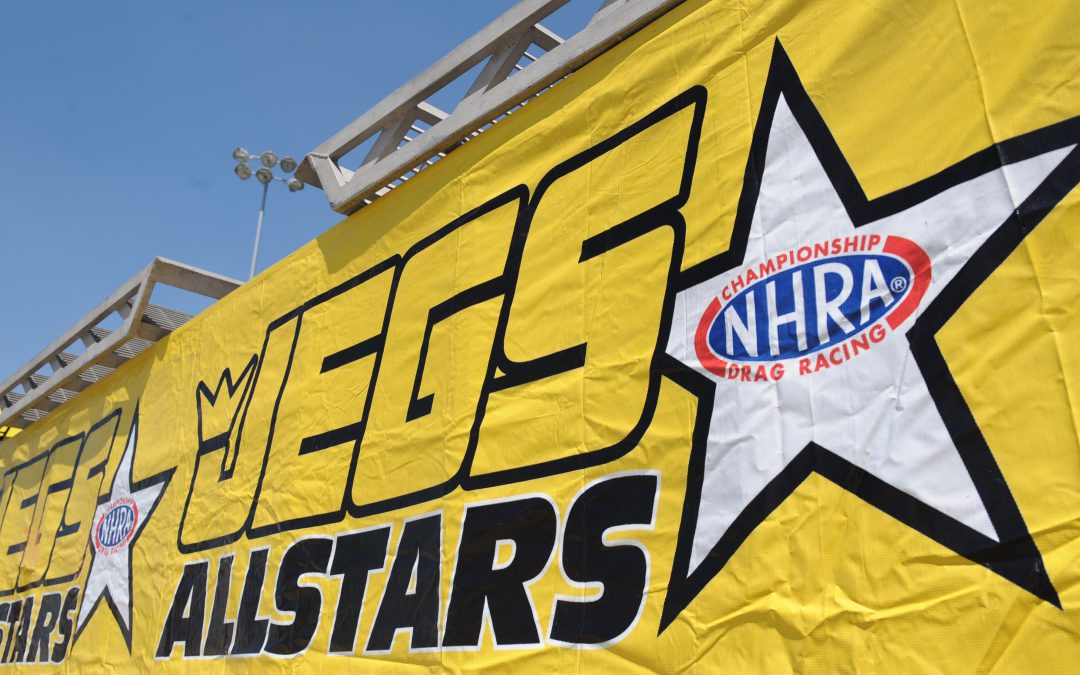 JOLIET, Ill. (July 6) – For racers in the NHRA Lucas Oil Drag Racing Series, winning an individual title at the JEGS Allstars race is a tremendous achievement.

But being a part of the winning overall team is an extra special accomplishment.

Now in its 32nd season the JEGS Allstars event features a total purse of more than $120,000, plus an additional $50,000 in manufacturer's contingency postings, making it one of the richest events of its kind.

The winners of the annual competition, which began in Bowling Green, Ky., in 1985, will spilt a jackpot of more than $120,000. Each qualifier and the 10 champions will also be rewarded with a newly re-designed trophy that was handcrafted by master sculptor Dan Dreisbach of Naked Sculpture.

This year's JEGS Allstars event will feature a field of 77 competitors representing 29 U.S. states and four Canadian provinces. In 2015, the team from the NHRA Southeast Division (Division 2) claimed its seventh overall team title, moving into a tie with the Division 1 and 3 teams, whose members also have seven overall wins.

The Division 2 team was led by Kevin Brannon and Jeffrey Barker, who scored wins in Super Comp and Top Sportsman, respectively. Both Brannon and Barker also went on to win Lucas Oil Series championships at the end of the season.

When NHRA announced three years ago that Top Alcohol competition would be divided among four regions rather than the traditional seven divisions, JEGS immediately devised a plan to keep the popular cars in the Allstars competition. As a result, Top Alcohol teams will compete for a special "regional" trophy which was also designed by renowned artist Dan Dreisbach.

The Alcohol fields are stacked with the likes of past national champions Severance, Chris Demke, Randy Meyer, and Duane Shields on the roster.

The host team from the North Central Division once again boasts a stacked line-up that includes world champion Bogacki and Jerry Albert, the winner of the Top Sportsman title at the recent JEGS SPORTSnationals in Bowling Green, Ky.

The South Central Division team is always solid and this year is no exception since it includes current Comp national champ Craig Bourgeois, Austin Williams, who is pulling double-duty in Super Comp and Stock, and Slate Cummings, who is seeking his fourth JEGS Allstars victory.

Following their breakthrough victory in 2014, the West Central Division team has a chance win another title this season. The Division 5 team boasts a lineup that includes Trevor Larson in Super Comp and Super Gas, defending Allstars champ Phil Unruh, and former national champ Matt Driskell, who is competing in the Top Dragster class.

The team from the Northwest Division has not won the overall title since 2005 but that could change this season thanks to a talented crew that includes defending Comp champ Jeff Lane, Super Street ace Todd Sims, and Mike Shannon, another driver pulling double-duty in Super Comp and Super Gas.

The squad from the Pacific Division, who claimed the 2012 overall title, will be looking to regain the top spot and there is no reason to think they won't be able to with a team that features a trio of NHRA world champions; Alan Ellis in Comp, Ryan McClanahan in Super Stock, and Don Keen in Stock.

While the JEGS Allstars is a highlight competitive event, camaraderie between racers and their crews is evident, especially during Friday evening's racer appreciation barbecue which is open to all of the JEGS Allstars competitors, their families and crews.