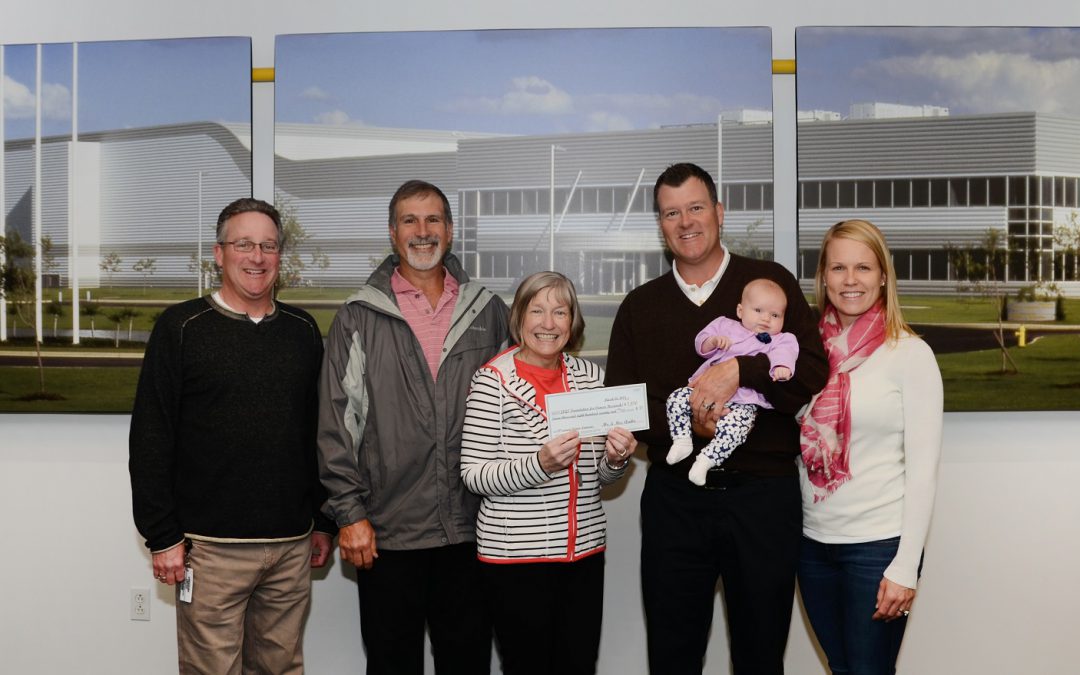 DELAWARE, Ohio (May 5) – What started as a party among friends to break up the winter doldrums has turned into an annual fundraiser that supports the JEGS Foundation.

The event is known as Mr. Aruba's Winter Nationals Bench Race and Charity Challenge, hosted by Mike DeChicco and Jane Graebner (aka Mr. and Mrs. Aruba) at "Mr. Aruba's Dodgeland" in Ostrander, Ohio. Family, friends and fans can buy into participating, with the money going to the JEGS Foundation.

This year's event, held in late January, raised $7,870, with a check presented to Mike Coughlin and Jeg Coughlin Jr. on behalf of the JEGS Foundation in late March.

The Winter Nationals Bench Race has raised more than $45,000 since it officially began in 2006.

"We can't thank Mike and Jane enough for all they do for JEGS and the JEGS Foundation," Coughlin Jr. said. "They've been friends and great supporters for many years, and the Winter Nationals is truly a one-of-a-kind event. It's always fun to be a part of, and the racing and trash-talking is first rate."

A brief recap of the racing action:

– Wheatcraft won the "Race for the Wires" event, winning a set of Firecore Ignitions wiring

The Winter Nationals unofficially began in 2005 when DeChicco and some friends gathered over beverages and a practice Christmas Tree. A year later, after learning of a friend's battle with cancer, DeChicco and Graebner decided to use the party for a bigger purpose, and the fundraiser was born.