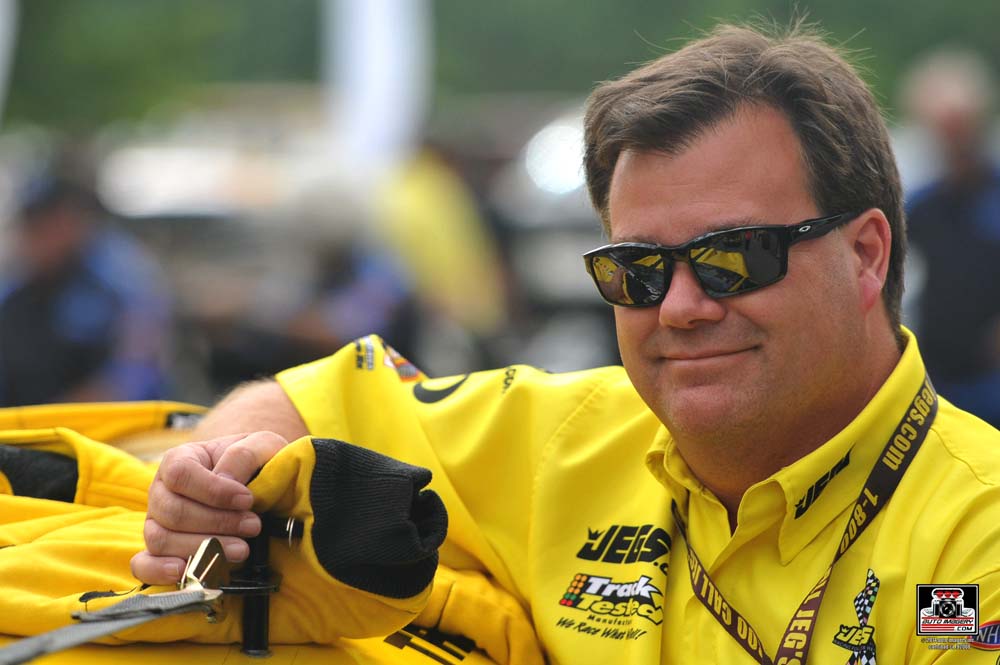 BRISTOL, Tenn. (June 10) — The next stop for the Pro Mod Drag Racing Series is rapidly approaching, and 2012 class champion Troy Coughlin says the time is now for his twin-turbo JEGS.com Chevrolet Corvette to pick up the pace.

Coughlin currently ranks ninth in the world rankings but could crack the top five with a strong showing at this weekend's 14th annual Ford NHRA Thunder Valley Nationals, which marks the fifth of 10 stops on the Pro Mod schedule.

"We have all the parts, pieces, and personnel," Coughlin said. "We just tested at Bristol last week, and the car was running strong enough that we should be able to return this weekend and turn on some win lights.

"We have the best tuner in the business, Steve Petty, and everyone knows he'll get this thing figured out. We are close enough now that we should start seeing competitive numbers right away. That's why we're excited for Bristol, not to mention the fact it's such a beautiful racetrack."

So far this year, Coughlin has managed to advance past the first round two times. He knows his team is behind the performance curve they've come to expect from themselves but is confident that will change.

"This car can run," he said. "Everyone on this team knows how to win and how to put us in position to contend for championships. Once you've been on top of the hill, anything else just doesn't measure up. We're kind of racing with an attitude now.

"We've seen many times in the past where a win just totally changes everything. It's such a moral booster. It gets the monkey off your back, so to speak, and it allows everyone to relax and do what they do without any undue pressure. That's what we're focusing on now, getting that next trophy. We feel like we've earned our chance."

"T.J.'s doing great," Coughlin said. "He was runner-up last weekend in Super Gas and went several rounds in Super Comp, so he's right in the mix.

"It's always fun racing with him, kind of like when my brothers and I all raced with my dad back in the day. My brother Jeg also is racing in Pro Stock in Bristol, so we'll have lots of fun, I'm sure."