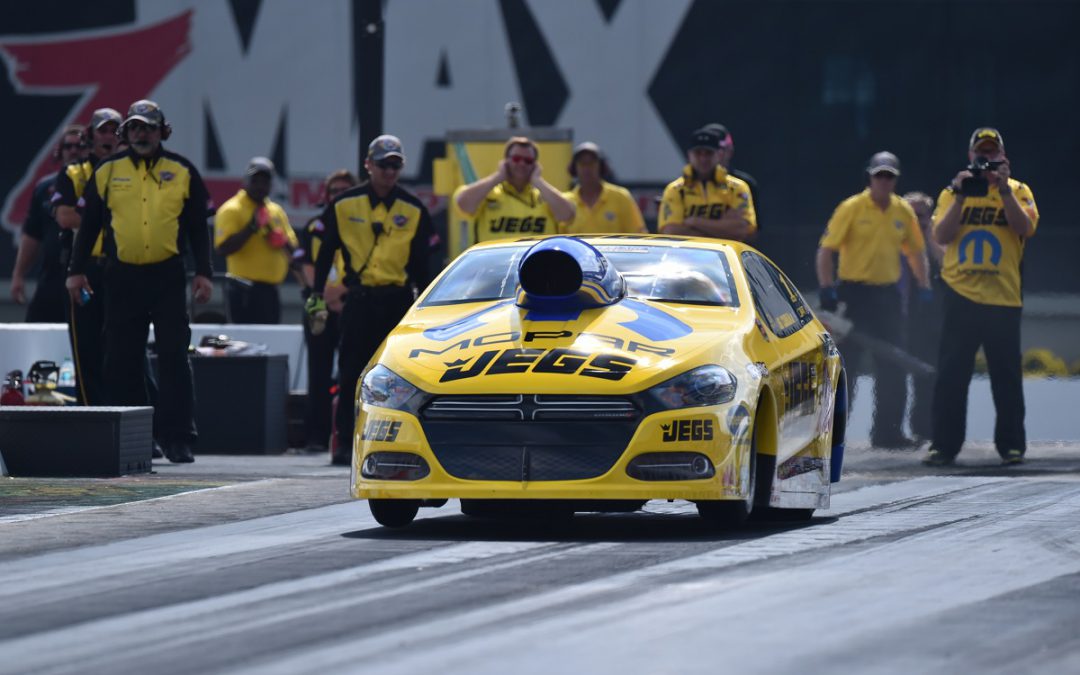 DALLAS (Sept. 16) — Five-time and reigning Pro Stock champion Jeg Coughlin Jr. is saddling up and riding south for this weekend's 29th annual AAA Texas NHRA FallNationals in the Dallas suburb of Ennis. The 58-time national event winner is hoping to pull off a double win in "Big D," dancing a Texas two-step in the winner's circle of the all-concrete Texas Motorplex.

Coughlin will have two chances to win in Dallas as the remainder of the incomplete Charlotte race will be run during Saturday's qualifying action before the regular elimination rounds of the Dallas event take center stage Sunday. Coughlin already won his first-round race in Charlotte, so he'll begin Saturday's schedule with a quarterfinal tilt against either Larry Morgan or Vincent Nobile.

"It's going to be a very busy weekend in Dallas," Coughlin said. "It's exciting because we have two chances to win and twice as many opportunities to gain ground in the Countdown to the Championship. The pressure already is pretty intense, and this will only magnify those feelings for all of us. This weekend could make or break you.

"Fortunately, I've competed in so many bracket and Sportsman races over the years and it's not unusual for me to make 18-20 runs in two days time, and all the rounds in bracket races are brutally hard. I feel like I'm as prepared for this weekend as possible."

Because Saturday's make-up rounds will take the place of regular qualifying sessions for the Dallas race, Coughlin and his JEGS.com/Mopar Dodge Dart crew will only have two chances to dial-in their tune-up during Friday's two scheduled qualifying rounds before switching into race mode.

"It's times like these when you're extra thankful for having an experienced crew, both back at the J&J Racing engine shop and at the track," Coughlin said. "This team has won the last two Pro Stock championships, one with Allen (Johnson, teammate) and one over here on the JEGS side of the pit, so they won't be rattled.

"Hopefully, we get lots of Texas sunshine and we can get two solid passes in Friday. Either way, whoever we end up racing will be in the same position, so the playing field will be as fair as it can be. I'm feeling good. Dallas has been good for this team in the past, and I see no reason why we can't have a little fun this time through — maybe twice as much as normal."

Coughlin won the Pro Stock trophy at Texas Motorplex in 2002, adding his name to the winner's circle brickyard. He also earned runner-up finishes in 2000, 2003, and 2008.

Pro Stock qualifying sessions are scheduled for 2:15 and 5:15 p.m., Friday, and 11:15 a.m. and 2:15 p.m., Saturday. Eliminations begin at noon, Sunday. ESPN2 will carry all qualifying and elimination action.