The beat goes on for Troy Coughlin, who pockets $20K at Street Car Super Nationals 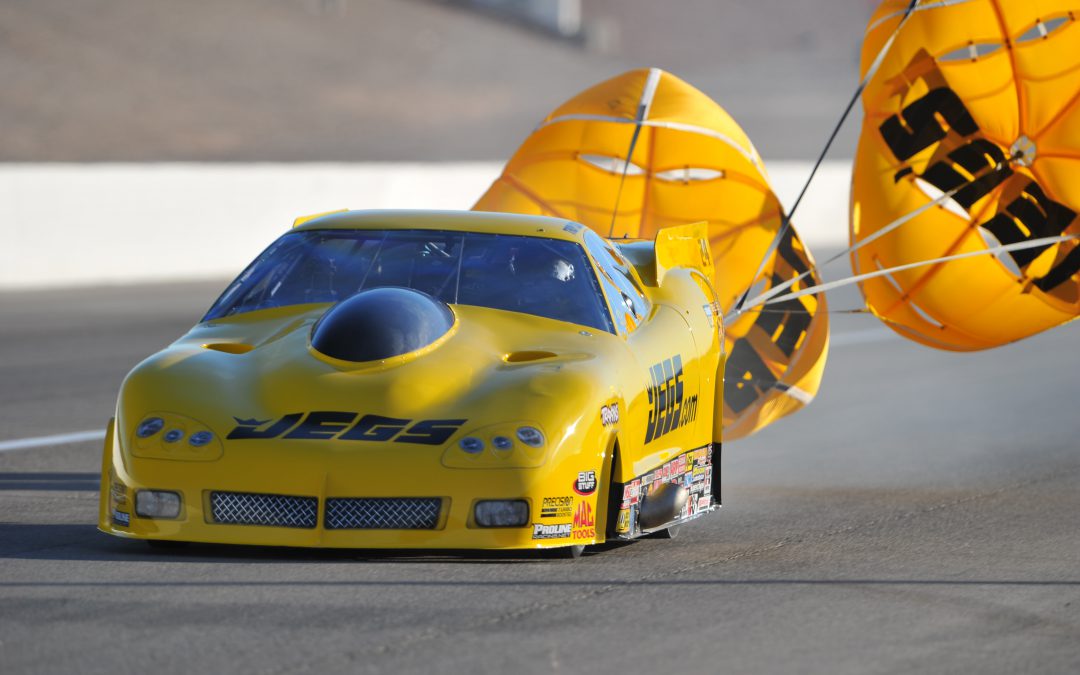 "It's been a remarkable run," Coughlin said. "It's the kind of streak you dream about."

Coughlin qualified his twin turbocharged JEGS.com Corvette No. 3 in the 32-car field and survived five rounds of action to win the $20,000 top prize.

"We started off just trying to make it to the semis," Coughlin said. "I figured if we could stay in the low 5.8-second range, we'd have a chance. Then some of the big hitters were upset early and I started thinking we could get to the final."

He won the final when good friend and No. 1 qualifier Jose Gonzalez couldn't make the call due to engine issues.

"Jose had the car," Coughlin said. "He was almost a tenth (of a second) quicker than us all weekend. We are still in NHRA set-up and he's a true Outlaw car so he's making some incredible horsepower. His car is a beast."

Gonzalez set the class elapsed time record in qualifying, but his car suffered an engine failure in the semifinals, so Coughlin got a solo run in the final for the win – under the watchful eye of Gonzalez, who stood on the starting line.

"I went to him before the semifinals and said, 'Hey, if we both make it to the final, let's split the pot,'" Coughlin said. "He said, 'Okay,' which shocked me because he had all of us covered. After his car broke, he said, 'No split pot. You win.' That's the kind of guy he is. I hope he comes and races with us in the NHRA next year because we need him. He's a cool guy."

Coughlin has now won 13 rounds in a row, dating back to his NHRA victory at Gateway Motorsports Park. The team unveiled a new car, a 2013 Corvette, for the Pro Mod season-finale at Las Vegas – and won that race, too.

"Thanks to everybody at JEGS.com for all the support," Coughlin said. "Extra thanks to Steve Petty, Bryan Metzenhiem, Mike Rees, Nick Gaylord, Scott Woodruff and all the guys back at the shop."