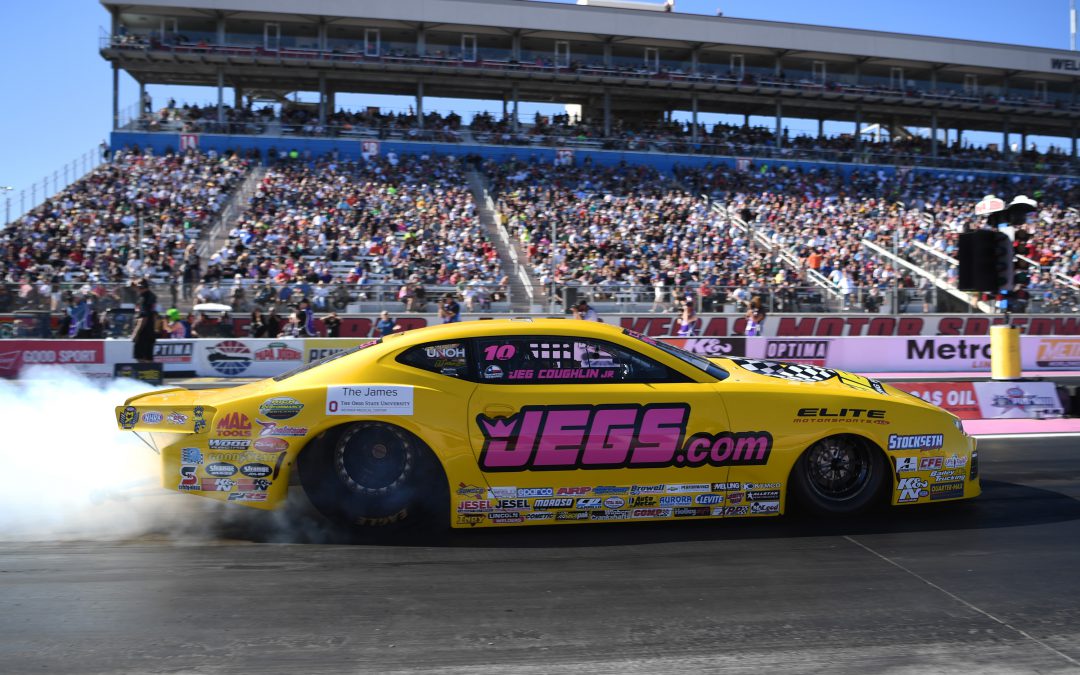 LAS VEGAS (Oct. 28) — After putting the finishing touches on his best qualifying effort in 10 races, five-time Pro Stock world champion Jeg Coughlin Jr. says the confidence he has in the JEGS.com/Elite Performance Chevrolet Camaro is higher than it's been in four months.

"We are pretty excited for game day tomorrow," Coughlin said. "This JEGS car is running so much better now and I'm definitely looking forward to getting out there, running hard tomorrow, and turning on some win lights."

That's great news for fans of the 58-time national event winner, who will enter race day for the 17th annual NHRA Toyota Nationals in the No. 5 position. His best pass in qualifying showed a 6.686 at 205.98 mph on the scoreboard at The Strip at Las Vegas Motor Speedway.

"As we said before Dallas, and we've had several iterations throughout the year, thinking we found things, thinking this, thinking that," Coughlin said, "but it wasn't until we made these latest structural changes before the Dallas race on both my car and (teammate Erica Enders') car that it became obvious something has changed.

"The car does feel good. We've made four competitive runs here, all of which have some room to clean them up either from behind the wheel or here in the pits, meaning they could all have been quicker, which is exciting in and of itself. That's pretty common in Pro Stock. You never make the perfect run. But we are so much closer."