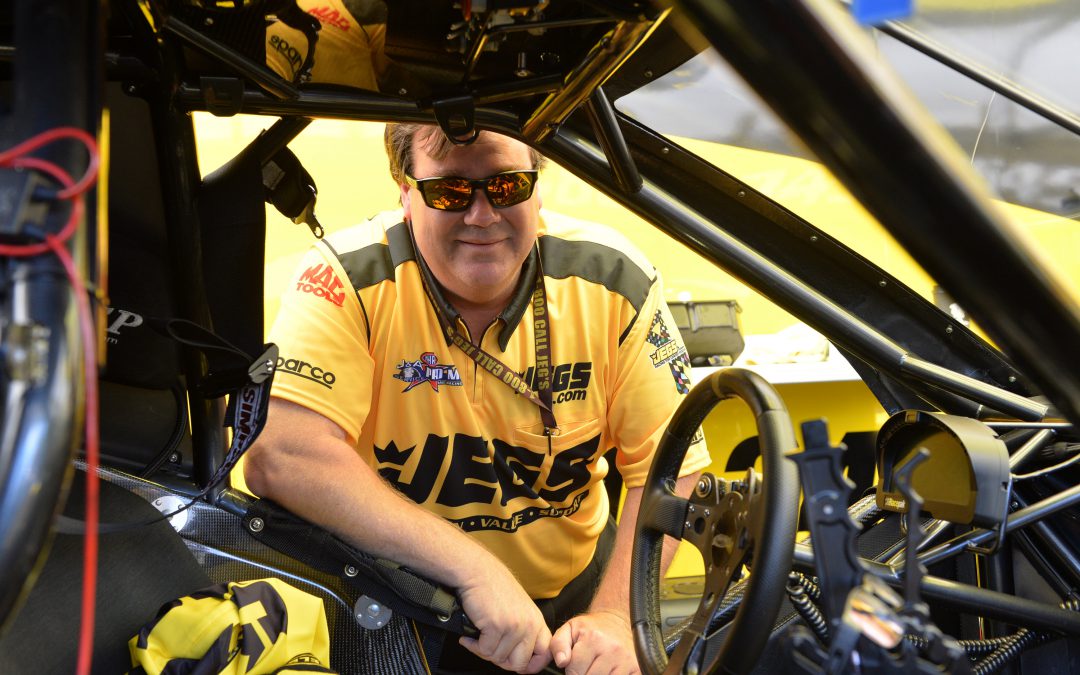 It was almost a perfect weekend for Coughlin, who set the national speed record at 259.31 mph during a 5.756-second pass in qualifying No. 1 for the third time this year, before powering through a talented field to get to the trophy round. He's now finished second-first-second in the last three national events to jump from fifth to second in the rankings. Coughlin now trails Mike Castellana by just 82 markers.

"We would have loved to close it out with a win here but going to three finals in a row over the last three weeks has been an incredible run for this JEGS.com team," Coughlin said. "We were No. 1 qualifier in Englishtown and ended up as runner-up, we won Bristol from the No. 2 qualifying position, and then we get here and break a six-year-old national speed record, qualify No. 1 again and get to the finals. That's pretty awesome.

"This car has been very fast and very consistent, and we're not breaking anything. The guys at Proline build great motors, obviously, and Steve Petty, Mike Rees and Kyle Pettis have kept us rolling. We have a very stout car on our hands."

After dismissing Danny Rowe Saturday night in the first round of eliminations, Coughlin opened Sunday's action with a win over Michael Biehle, lowering the track elapsed time record he'd set in qualifying to a jaw-dropping 5.729 during a 258.67-mph pass. That was more than enough to beat Biehle's 5.802 at 256.11 mph.

Up next was points leader Castellana, in a race Coughlin called "his biggest of the year." After leaving with nearly identical reaction times, Coughlin simply drove away from his opponent, winning with a 5.745 at 257.33 mph to Castellana's pedaling 5.903 at 248.75 mph.

With visions of a second Norwalk trophy dancing through his head, Coughlin got a great jump on Molinari in the final — posting a .038 second reaction time to Molinari's .074-second launch — but the twin-turbo JEGS.com Chevrolet Corvette C7 was soon out of the groove and turning sideways, forcing Coughlin to pull the parachutes early to avoid crashing. Molinari won with a 5.779 at 257.09 mph, his best effort of the weekend.

"Picking up more ground on the championship is really big and we still have a lot of racing to do, which is exciting," Coughlin said. "We're looking good but Castellana's still the man to beat and no one will want to race Shane either. He's sneaking up on all of us. There are lots of guys in the hunt and we're watching them all."

"People may think we'll put the car in the trailer and leave it alone until Indy but that's not the case at all," Coughlin said. "We've got a lot of work to do. This thing's been beat on pretty good. She's sore and needs some extra loving over the summer break, so we'll be hard at it until Indy.

"Big thanks to my wife Julie for corralling all the kids and entertaining all our friends this weekend. She allowed me to focus on racing and that made a big difference. It was great to have the kids here as well."