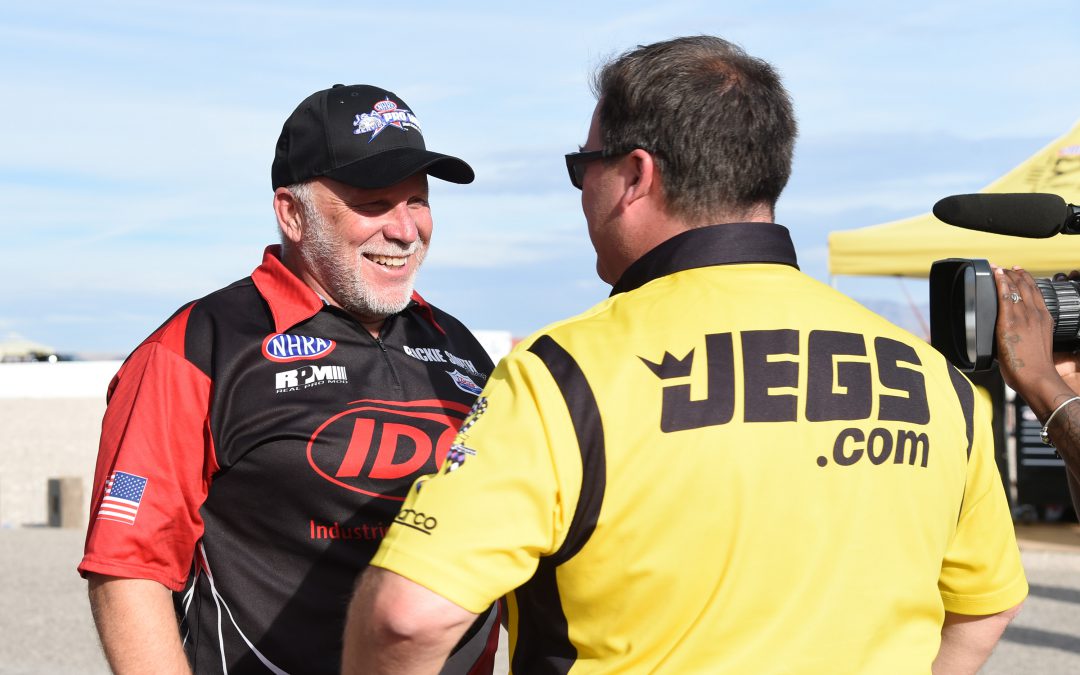 But Coughlin still has high hopes for the Vegas race, where he qualified No. 3, and beyond.

"Rickie's had a pretty good season all along," said Coughlin, the 2015 series champion. "What can I say, he and Chad (Hester) both, they did an awesome job running that car, just the two of them. I'm happy for them.

"It's a tough row to hoe anytime you finish in the top four, top five, top six. Heck, the top 10 is a feat in itself, and it's getting tougher and tougher by the year, so nice job Rickie. But we're coming for you next year, all 34 of us are coming for you."

Coughlin and Smith have now won the last five Pro Mod titles, with Coughlin winning the championship in 2012 and 2015.

"We started off decent and then this last pass we made a couple of changes to the car and it really seemed to wake it up," Coughlin said. "The guys that work on the Jegs.com corvette, they're a championship-caliber team and they've shown it and we are still showing it. (Crew chief) Steve (Petty), Mike (Rees) and Kyle (Pettis) have a done a good job on this thing all year. Looking forward to some of the changes during the off season to try and pick up a little bit more. It's an ongoing battle."

The first round of Pro Mod eliminations are normally run Saturday night, but NHRA pushed them to Sunday after a series of delays during Saturday's activities.