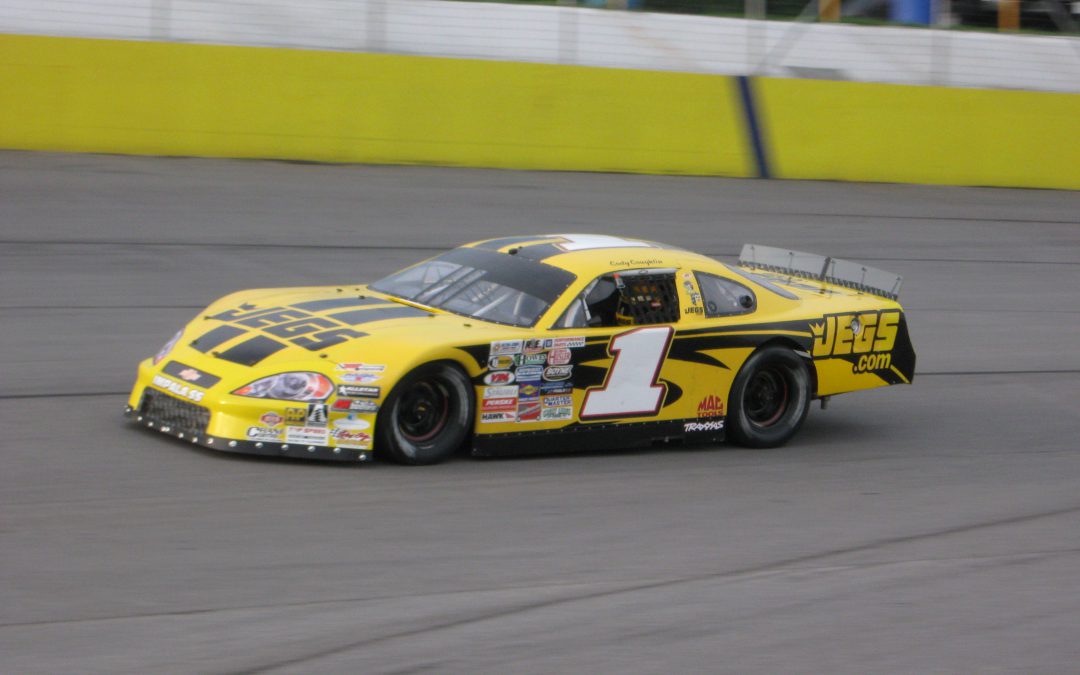 Coughlin, 16, rallied from a 10th-place starting spot to post a solid fifth-place finish in the Anderson 100 presented by JEGS.

"It's definitely nice to be able to finish in the top five," Coughlin said. "We've had a bit of a rough season, so to be able get the ball rolling and get a top-five at a hard track like Anderson is definitely a confidence booster. I look forward to getting some more top-fives and hopefully a win or two before the year's out."

Coughlin's JEGS.com team continues to jell, as the addition of Kevin Hamlin as team manager, Bubba Pollard as driver coach and Scott Wimmer as spotter helped Coughlin improve throughout the 100-lap race.

After some adjustments to the No. 1 Chevrolet, Coughlin picked up the pace before a stuck throttle temporarily halted the session. After getting it repaired, Coughlin made some more fast laps.

"I'm really pleased with our performance considering we didn't get a lot of laps," Coughlin said.

He qualified 10th and ran there early in the race before slowly moving forward. By lap 59, Coughlin had moved up to eighth, before gaining two more spots over the next six laps. With 10 laps to go, Coughlin slipped into fifth place.

"I made a little adjustment to the brake bias, which helped later in the race," Coughlin said. "It's just so hard to pass here because it's so tight. But all our restarts were good, and that's the first race this year we've been able to have every restart be good, so I'm pleased with that.

The fifth-place finish capped a busy week of testing and racing, as Coughlin also finished seventh in a Pro Late Model race at Gresham Motorsports Park in Jefferson, Ga., on Wednesday.

"I'm so fortunate to be able to run at different tracks against different drivers," Coughlin said. "Getting all that seat time can only help me improve, and that's what we're trying to do. A big thanks to my mom and dad for all their support, and especially to my sister Kennedi. God certainly has blessed me with great people around me, and I appreciate it."