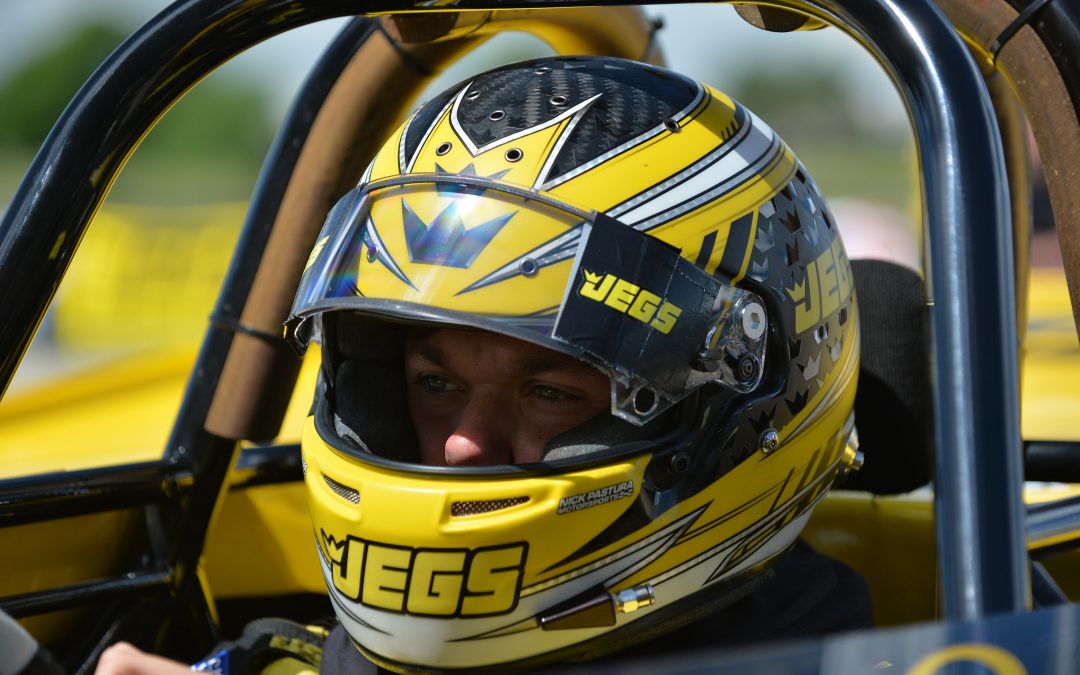 "Any time I have the chance to race at Beech Bend Raceway Park, I'm taking it," Coughlin said. "It's one of the most historic drag strips in the world, especially for Sportsman racing, and it's also pretty much a second home to everyone in my family.

"When they moved the JEGS SPORTSnationals there last year I was super excited because I absolutely love that place. To have a chance to race there again now that I'm racing full-time in Top Fuel is a real blessing. Thankfully, this race has fallen on an off weekend for the NHRA pro tour and I have the support of everyone at Kalitta Motorsports, SealMaster and Toyota to go ahead and race."

Coughlin has won three Super Gas and two Super Comp races at the national level, and has three more divisional wins in Super Gas. He's also a past Division 3 champion in Super Gas, and has four Super Pro bracket racing titles to his credit.

This weekend, Coughlin will be borrowing the dragster his 16-year-old sister plans to begin racing extensively this summer.

"I'm really lucky she's letting me drive it because she is absolutely in love with this dragster," Coughlin said. "She's been making some test runs, doing launches and short hits to get used to it and we plan to get her back in the seat after this race is over to get her some more seat time. But for this weekend, I get to race it, which is cool."

Just because he's a professional now, Coughlin has no illusions that he'll have an easy go of it as he returns to his Sportsman roots.

"Super Comp is an extremely tough class and there will be no shortage of cars this weekend," Coughlin said. "I know it'll be a battle from the start. Mixing it up with those guys and girls will sharpen my driving skills big time, which will only help when I return to the Top Fuel dragster.

"I'm excited to see all my old friends, get a chance to interact with all of our JEGS.com customers, and to race at one of my favorite tracks. I was fortunate enough to win there in 2014, my dad won there in the past, and even Pappy (grandfather Jeg Coughlin Sr.) won at Beech Bend a bunch of times. We have a lot of great family history there and I hope to make some more this time through."