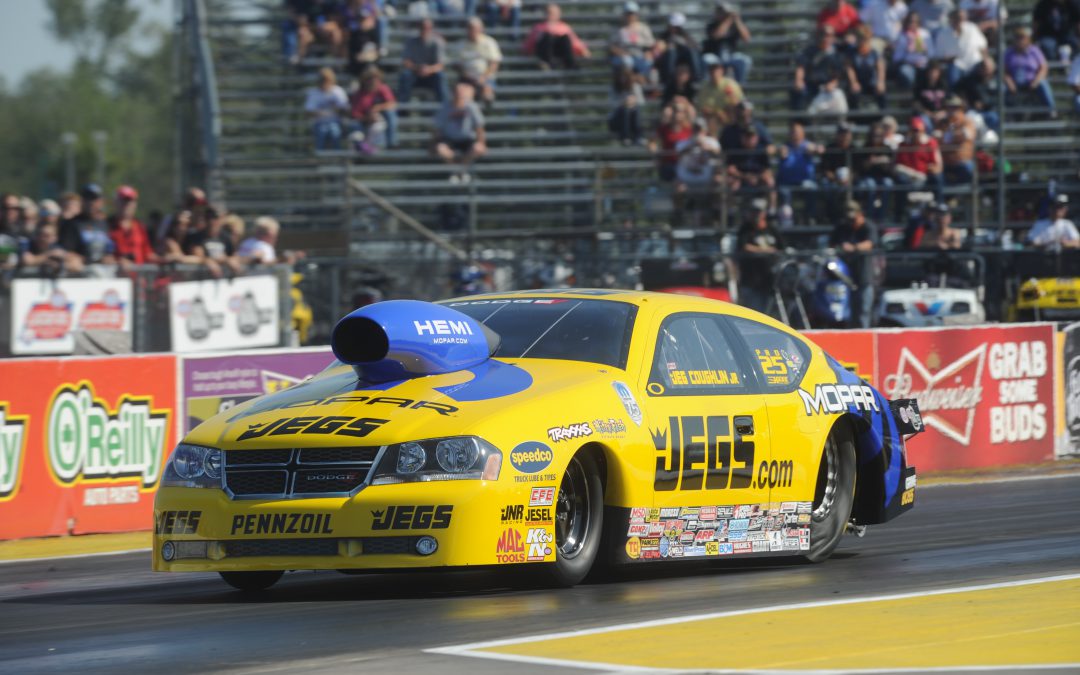 "Our goal this weekend has been to get this car to the 330-foot mark as fast and efficiently as we can," Coughlin said. "It looks like we're doing that and the team has been executing some flawless preparation as well."

Cool, overcast conditions offered big opportunities for the Pro Stock cars to make power and Team JEGS was ready to take advantage right out of the gate.

"Conditions have improved greatly from Q1 yesterday to Q4 today," Coughlin said. "After Q1 we didn't have to make really big swings on trying to tune this thing up."

Coughlin's best run was a 6.552-second pass at 210.37 mph, which came in the final qualifying session on Saturday afternoon.

"We started with a little bit different of a motor combination here this weekend," Coughlin said. "Last night's Q2 run and Q4 today, I could tell by the time I got it into third gear that the car was really happy. We're talking only three seconds into the run. We were top five in 60 foot and top five in 330, and that's how we've got to get his done.

"We snuck into the top half in the seventh spot and there are some good cars right behind us. Actually, top to bottom on the ladder we've got 16 really good cars out here."

Coughlin draws fellow Ohioan Ron Krisher in the first round of eliminations on Sunday. Krisher qualified No. 10 with a best lap of 6.563 seconds at 210.57 mph.

"We'll take this momentum and go into game day with it," Coughlin said. "We'll see if we can race hard and race smart. I feel good that we'll be able to make some noise when it counts."

Coughlin is 15 points behind Krisher in the rankings and a Coughlin win on Sunday would allow him to move up in the standings.

Eliminations get under way at 11 a.m. EDT on Sunday.