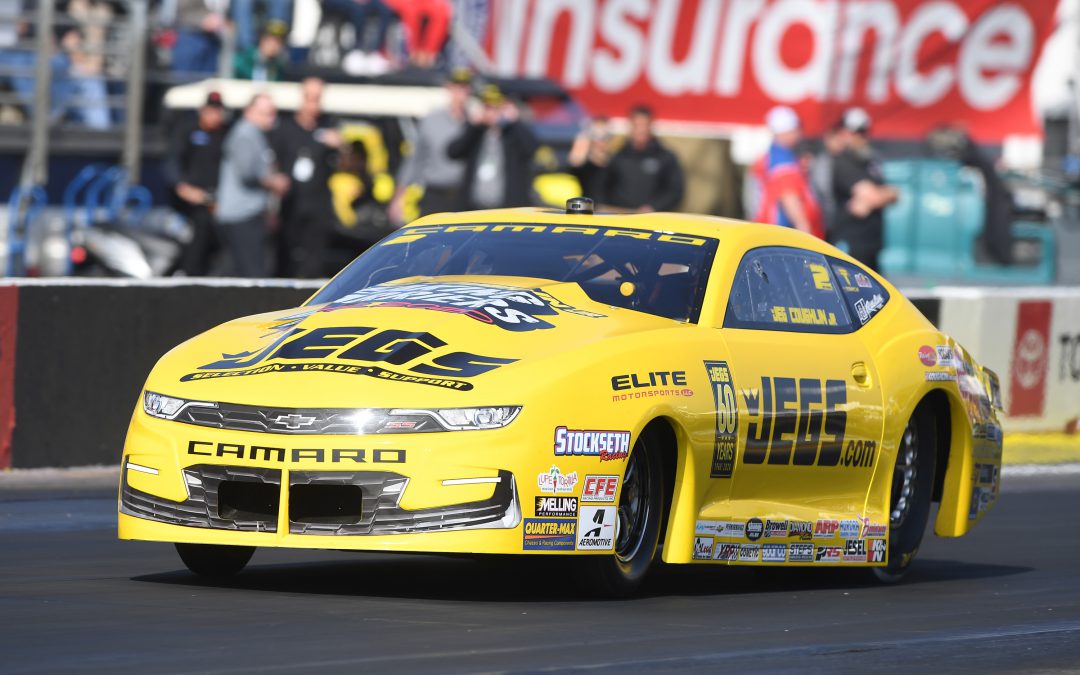 Coughlin closed 2019 with a huge win at the birthplace of drag racing, and he did it from the No. 1 qualifying position. It may be three months later, but many things remain the same, with Coughlin once again holding down the top qualifying position with his JEGS.com Elite Motorsports Chevrolet Camaro. His final pass of 6.525 seconds at 210.64 mph from Saturday afternoon got the job done.

"The cars been fast right out of the trailer and I couldn't be happier," said Coughlin, who now has 33 low qualifier honors to his credit. "We were No. 1 after the first session and we've just stayed after it ever since. Rickie (Jones, crew chief) said he was going to take the attitude we are racing in playoff mode and it's paid off.

"It's great to have the car respond this well. We did make some changes to the engines over the off-season and Jake Hairston, our chief engineer, is here at the track working with the Rickie and crew to get the most out of the horsepower we are making at Elite Performance."

Pomona has been the most successful drag strip on the circuit for Coughlin. Of his 63 career Pro Stock victories, seven have come at Auto Club Dragway, including two at this event. Coughlin won the Winternationals in 1999 and 2000, and the season-ending NHRA Finals in 1995, 2005, 2007 and 2019. He also won the special 50th anniversary race held during the summer of 2001 as part of NHRA's golden anniversary celebration.

Aside from his Pomona wins, Coughlin has seven runner-up finishes at this historic facility.

"I love Pomona," Coughlin said. "The fans have been great this weekend, like always. They really understand and appreciate Pro Stock here in Southern California and it's fun to perform well in front of them. I'm really excited to have a start like this and we'll be ready to get after it tomorrow morning."

Race day will start with Coughlin squaring off against No. 16 qualifier Joey Gross, who posted a best pass of 6.640 at 205.79 mph.

"Earlier today we announced this year would be my last full-time effort as a professional and it's like a huge weight off my shoulders," Coughlin said. "We got a year left to go after one final championship and we're off to the best possible start. So far, so good, but of course what happens tomorrow is the most important part of the race."