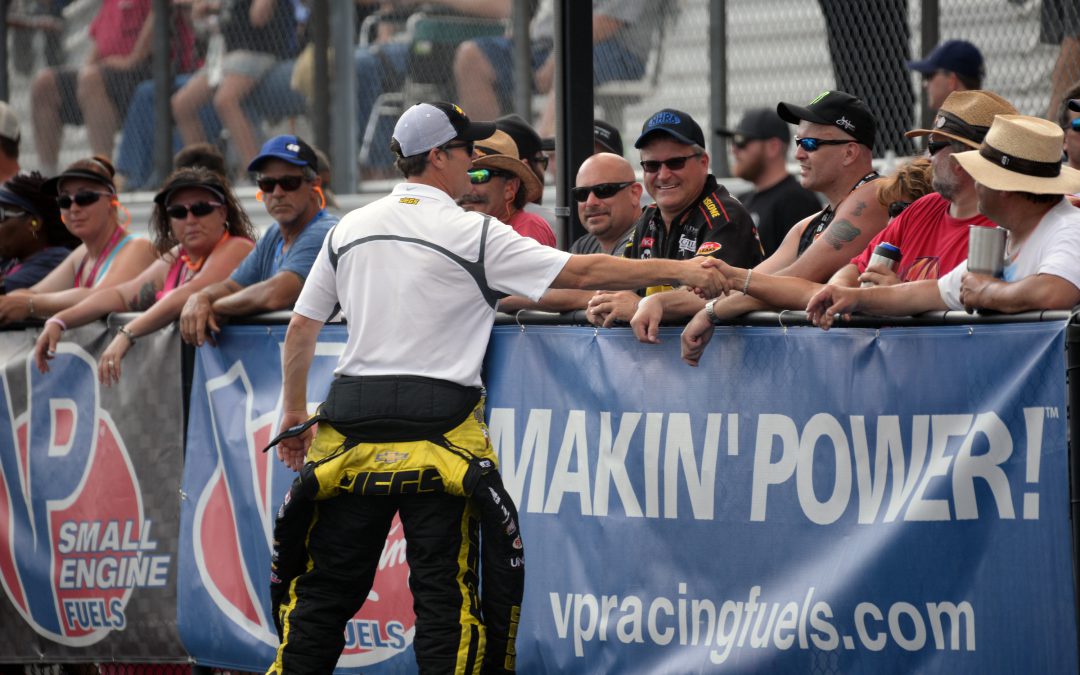 CONCORD, N.C. (April 30) — Jeg Coughlin Jr. posted the quickest pass of the eighth annual NHRA Four-Wide Nationals in the opening round of Sunday's eliminations but it was all for naught after a strange starting line miscue caused him to leave more than half a second after his three opponents.

"I'm not really upset," Coughlin said. "It's just the complexity of the four-wide format. The staging procedure is extremely important and once all four of us were pre-staged I started the count in my head. About that time, I saw Lane 3 (No. 16 qualifier John Gaydosh) take the pre-stage light out so I figured his front-end was in the light and he was going to be fully staged within a matter of a second. What I didn't realize was that he had rolled clean through both beams.

"In a two-lane race, you just take an easy win when someone rolls the beams, but in the four-wide scenario, the two competitors in Lanes 1 and 2, who I can't see, were already on the chip. They obviously did a better job of being ready for that type of a scenario. It's one of those deals where we were bitten by someone else's fluke start and it compounded into a fluke of our own. That's the truth of the matter."

"I let the clutch out and the car rocked back and started launching forward," Coughlin said. "I banged it through the gears and managed to look up and see the tops of the cars in Lanes 1 and 2 out of my peripheral. They were way the hell out there and I thought, 'that's not a good sight.' I realized what happened at that point.

"There's nothing you can do but commend your guys on giving you one helluva racecar all weekend and chalk it up to 1 million and one ways to get beat. Fortunately, by the time I walk from here to Commerce, Ga., I will probably be cooled down enough to race this mean JEGS.com/Elite Performance Chevrolet Camaro again."