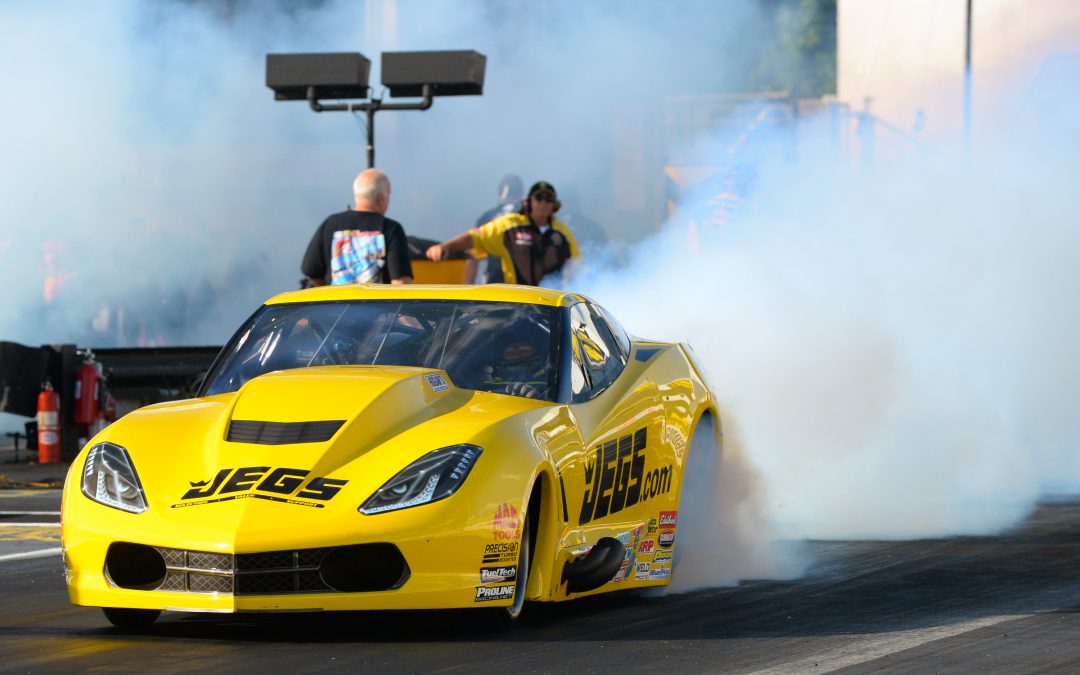 ENGLISHTOWN, N.J. (June 10) — Everything finally seems to be falling into place for two-time Pro Mod world champion Troy Coughlin as the 10-time class winner successfully rode his top qualifying effort into a Round 1 victory Saturday evening at the 48th annual NHRA Summernationals.

Racing in the J&A Service Pro Mod Drag Racing Series, Coughlin used his stout 5.772 at 257.53 mph from Friday to easily hold on to the top qualifying spot heading into eliminations, which started Saturday evening. He then nearly matched his qualifying numbers in a convincing win over Jonathan Gray, whom he beat by 27 feet.

"Things are turning our way," Coughlin said. "Two races ago we suffered a DNQ in Atlanta, which broke a really long qualifying streak for us. Then at the last race in Topeka we had a decent set-up but just straight-up got beat in Round 1, which when combined with the DNQ really used up any wiggle room we may have had for the rest of the season.

"To come here and take the pole and then post low ET of the first round this evening, that says so much about this JEGS.com race team and what they can do with our Chevrolet Corvette C6. Steve (Petty, crew chief), Mike Rees and Kyle Pettis, those are the guys that make it happen for us. All credit to them."

"We all know you can win from any position and Jonathan and that team over there can never be taken lightly," Coughlin said. "He got me at the tree and I could sense he was right next to me for a good part of the race. I guess something slowed him a touch down the back half and we got the win.

"I didn't even know what had happened for a moment. I thought I had won but the guys weren't saying anything on the radio and when I turned off they waved me over to where some of the losing cars were so I started second guessing myself. But Khalid alBalooshi was there and said we were racing him next round so I finally was able to relax.

"All these guys are good out here. I'm just so glad and relieved to get past Round 1 and have another chance to race tomorrow."

Coughlin will have lane choice over alBalooshi in the quarterfinals as the driver from Dubai posted a slower 5.853 at 248.48 mph in beating Danny Rowe. Also playing to Coughlin's favor is the fact points leader Mike Castellana lost to Steve Whiteley.