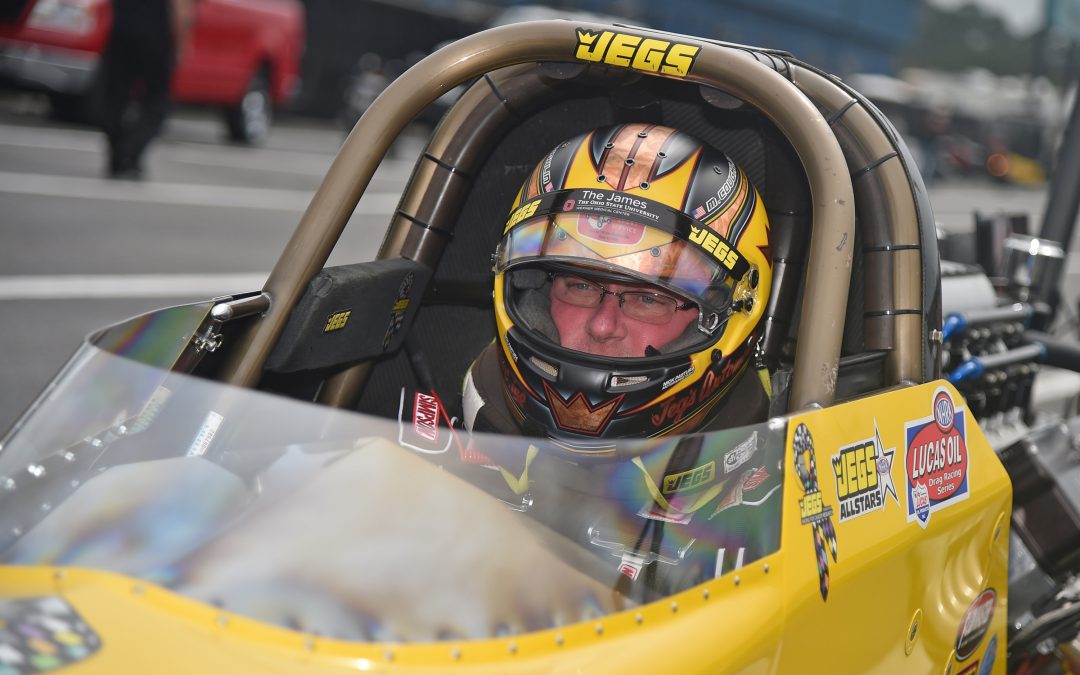 "We're very much looking forward to this race for a number of reasons," said Mike Coughlin, a two-time Division 3 champion and driver of the JEGS.com Top Dragster. "First of all, my guys — Greg Cody, Dave Raurk, Ryan Micke and Tony Collier — have this car better than it's ever been. Without question, it's one of the top cars in the world and it's certainly capable of winning any race. That's exciting.

"I'm also happy to have another chance to race with my nephew T.J. as he continues his new role driving the McPhillips nitro dragster, and his little sister Paige, my niece, will be racing in Super Comp. Plus, their dad Troy and sister Meghan and my youngest son Clay are coming, so we'll have a big group. Our family grew up racing together and it's really what we live to do more than anything else. Seeing the next generation come along makes things that much better."

Prior to leaving for Virginia, Mike and his wife Kriss will proudly watch as their older son Jack, 17, gets inducted into the National Honor Society. "We're so proud of Jack," Mike said. "He's worked very hard and is now being recognized in the best way possible. It's such a great deal."

Troy Jr. is as excited as his uncle about the weekend as he continues to assimilate into the well-established McPhillips Racing Top Alcohol Dragster race team.

"We have lofty goals for the McPhillips Racing/JEGS.com Dragster and we're ready to tackle them head on," Troy Jr. said. "Plus, I'll be driving a second car in Super Comp, which will keep my mind rolling.

"When I'm not driving, I'll be helping my little sister Paige. That will be a blast to see her race again. She's put so much effort into her driving and I can't wait to see her turn on some win lights. Racing as a family is why we are in business and the McPhillips family is the same way. It's such a great team with a lot of energy and love for the sport."

After running a handful of events in 2017 to get a feel for her JEGS.com Super Comp dragster, Paige will begin what she hopes will be an expanded schedule of races in 2018. Paige is a high school senior who will be attending Miami University in Ohio later this year.

"I'm really excited to be starting my season and to have so much family around to support me," Paige said. "(Crewmen) Justin Beaver and Tony Collier put in a lot of time in making my dragster perfect and my brother gave it a final look last weekend at a bracket race so we feel very good about our chances.

"I'm racing in my first national event in Charlotte next weekend so I would love to go rounds here in Virginia and get into a rhythm with the car and the guys. I'm also showing up with a very sweet Nick Pastura painted helmet. It's so cool and I can't wait to show it off. Only thing left to do at this point is pray for good weather and go racing."

Gates at Virginia Motorsports Park open at 7:30 a.m., Friday, and 8 a.m., Saturday and Sunday. Qualifying and time trials start at 8:30 a.m. on both Friday and Saturday. Top Alcohol Dragster will qualify Friday at 1, 3:30 and 6 p.m. Eliminations for Top Alcohol Dragster are scheduled for at 3, 5 and 7 p.m., Saturday. Eliminations will continue Sunday at 10 a.m. for all other classes.

Tickets for the event are free.