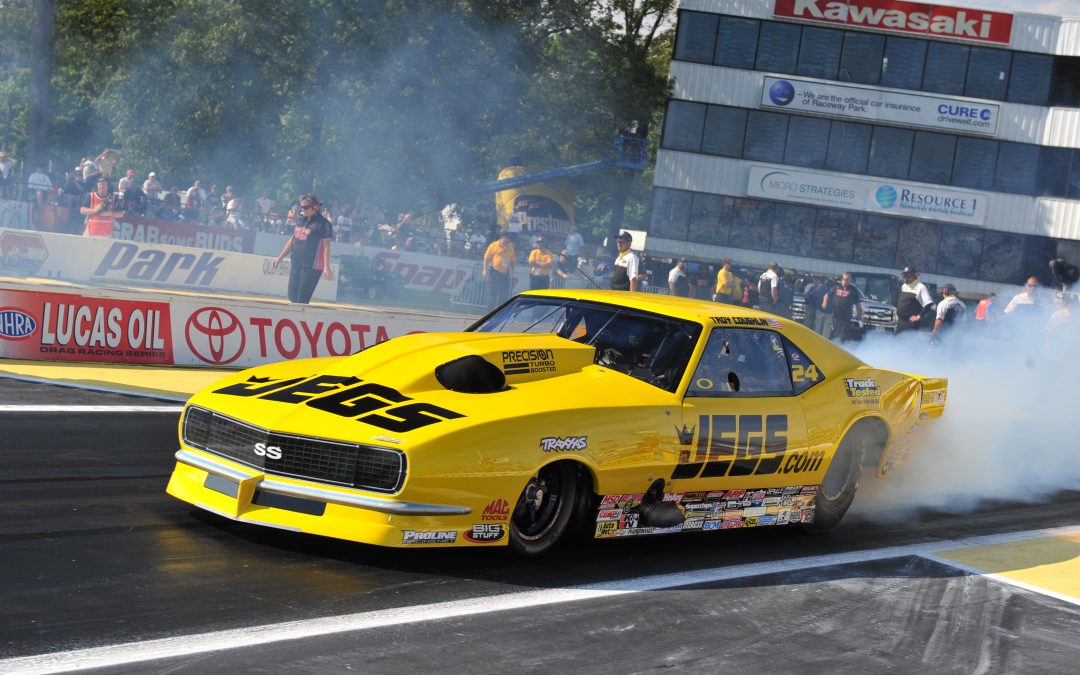 INDIANAPOLIS (Aug. 27) — Troy Coughlin arrives at the 58th annual Mac Tools U.S. Nationals at Lucas Oil Raceway as arguably the hottest racer in the NHRA Pro Mod Series presented by ProCare Rx. And with past success as the sport's biggest and most prestigious drag race, the veteran from , , has designs on Indy glory.

"I count myself as one of the fortunate ones that won Indy in the past," Coughlin said. "It's a race every driver wants to claim, almost as much as a championship, because of the long history of the event. Everyone that's someone in the sport has won Indy. I was lucky enough to get my first Indy win really early in my career (1991 in Super Gas) so I've been able to come here ever since and just have fun with it.

"We're serious about our racing but we have a rule that we have to be smiling and having fun along the way. We've been smiling a lot this year, and of course having a great hot rod makes it easier to enjoy the journey."

Coughlin has recorded two runner-up finishes in the last three events and has established himself as a bona fide championship contender. He's currently fifth in the championship standings, just 63 points off the lead. In drag racing, that's the rough equivalent of three elimination-round wins.

"The top three guys are only nine points apart and (fourth-place) Don Walsh and our team are only a few rounds behind that group," Coughlin said. "It's getting exciting. There's four races left, which should be plenty for everyone dreaming about winning it all to make a move. At the same time, we're running out of races, so Indy could end up being super important to the bigger picture."

The World Champion in the National Muscle Car Association, Coughlin currently drives the JEGS.com '68 Camaro, which utilizes a twin-turbo power adder to max-out the engine's performance. Coughlin hired noted turbo expert Steve Petty at the end of last season to captain his ship, and with the continued help of veteran wrenches Nick Gaylord, Bryan Metzenheim and Mike Reese, the team routinely finds itself near the top of the timing sheets each round.

"The guys are giving me a great car every week and that's all a driver can ask for," he said. "I know they've got my back so I can concentrate all of my attention on doing my job in the cockpit. We communicate well and enjoy each other's company. It's a true team atmosphere and that's helped us succeed.

"To win Indy again, 21 years after my first one, would be special for a number of reasons. It would help us move up in the points. It would reward the guys on this team that have been working so hard, and I'd be able to share it with my dad ( Sr.), brother ( Jr.) and son Troy Jr., who will be there racing themselves. Maybe we can double-up and win a few trophies as a family. It would be awesome to paint the winner's circle JEGS yellow and black."