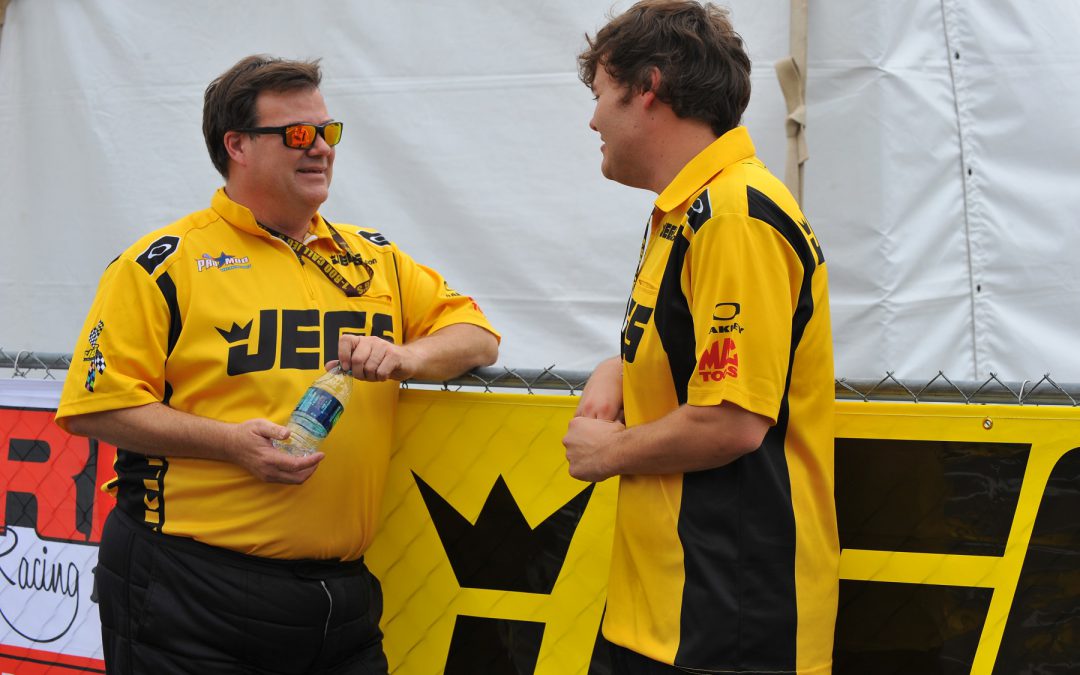 Troy Coughlin, the 2012 class titlist, soars into Old Bridge fresh off a runner-up result at the last Pro Mod race in Atlanta that lifted him to second place in the championship rankings. He enters the weekend just 30 points, or a round and a half of action, behind leader Don Walsh.

"We are hoping to maintain this start we've had and stay up with the front pack," said Troy, the 2005 Pro Mod winner of the Englishtown event. "If we keep everything lined up the way it has been with this JEGS.com Stingray, we'll be good. We're testing and scanning the data for ways to improve but we're pretty happy with where we are.

"Englishtown is a highlight of the year for me. We have so many great friends in that area and it's a big reunion all weekend. Plus, having won there before, that gives you an extra boost. That was an awfully fun win because it was Father's Day and my dad was there with us, along with my wife and kids. That's a special memory for sure."

While his father hopes to maintain the status quo, Troy Jr. arrives in Englishtown looking for a healthy dose of redemption after an unexpected failure to qualify in Georgia, the first of his rookie campaign. Even with the DNQ, Troy Jr. is solidly in the points in seventh place, 90 back of Walsh, after recording back-to-back semifinal finishes at the first two races of the year.

"We rebound from what happened in Atlanta by testing," Troy Jr. said. "We are testing here in Norwalk (Ohio) for the next few days and right off we found a faulty ignition box that was making the power output far too aggressive. That's what tripped us up in Georgia. We'll test some more until we get a consistent tune up figured out.

"If we take it one run at a time in Englishtown and approach each run with logic and reason were going to be very competitive. As for me and my driving, if I can keep good focus on making one good run seven different times in three days and help my team with the info they need to keep this car rolling, we're going to have a fun weekend."