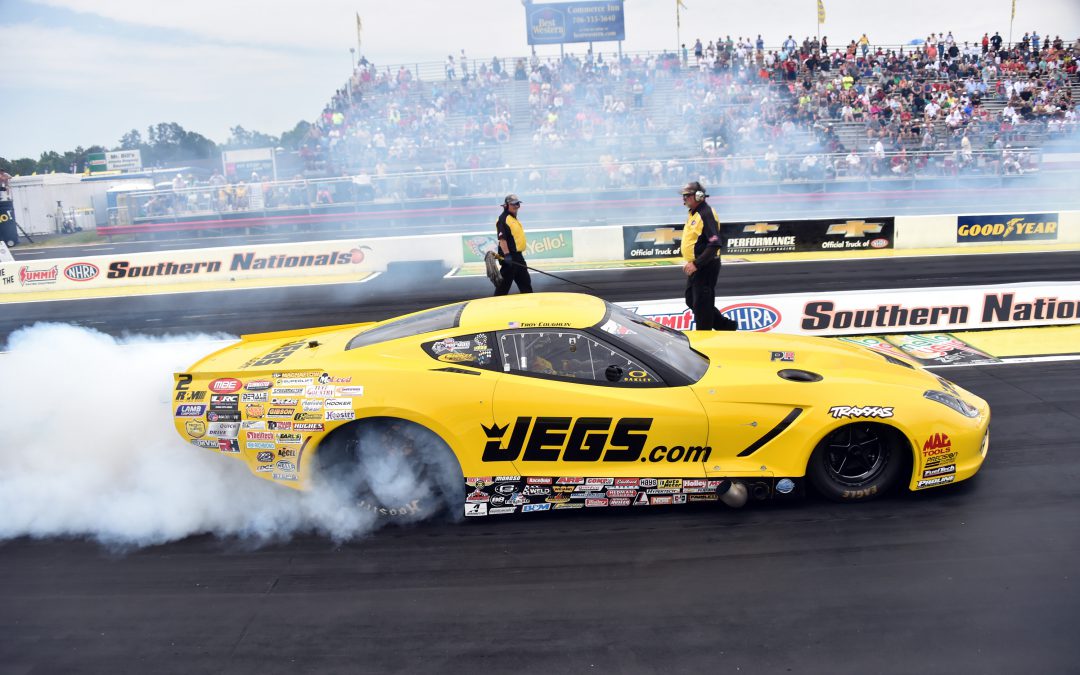 ATLANTA (May 17) — World champion Troy Coughlin posted a runner-up finish Sunday in the J&A Service NHRA Pro Mod Drag Racing Series event at Atlanta Dragway, jumping from fifth to second place in the points standings in the process. This was the third of 10 races on the 2015 schedule, continuing the best start to the season the 2012 titlist has ever had in the Pro Mod category.

"We wanted the win, no doubt, especially racing here at the home track for Pro Line, our wonderful engine suppliers, but we came up just a little short," Coughlin said. "I'm sure not going to complain about a runner-up result though. The bonus was moving up to second place. That's pretty cool. We're happy."

After dispatching Gerry Capano Saturday night in the first round of eliminations, 5.950 to 6.635, Coughlin opened Sunday's racing with a crucial quarterfinal matchup with title rival Mike Castellana.

"That was probably the best we did right there," Coughlin said. "Mike and that team are so good and we knew we needed to be up on the wheel for them. It was a race that I knew would have a chance of being one of those rounds that you look back on later in the year and realize how big it was."

Coughlin and his Steve Petty-tuned turbocharged Corvette Stingray were up to the challenge, posting a stout 5.916 at 251.30 mph to Castellana's out-of-shape and resigned 12.589 at 61.68 mph.

In the semi's, Coughlin had luck on his side as scheduled opponent Danny Rowe failed to show up after scraping the wall just after his second-round win over Steve Matusek.

"That was big as well because we chattered the tires that round and could have been beaten if Danny was there and had posted any sort of decent pass, but we've made our share of deposits in the luck bank, so we took it," Coughlin said.

"It spun the tires and I tried to let it recover, but I couldn't get it done in time to catch him," Coughlin said. "We had it tuned for a safe, low 5.9 because we knew the track was super hot and we still overdid it. Kenny ran good all weekend, so hat's off to him for winning. We'll get 'em next time."