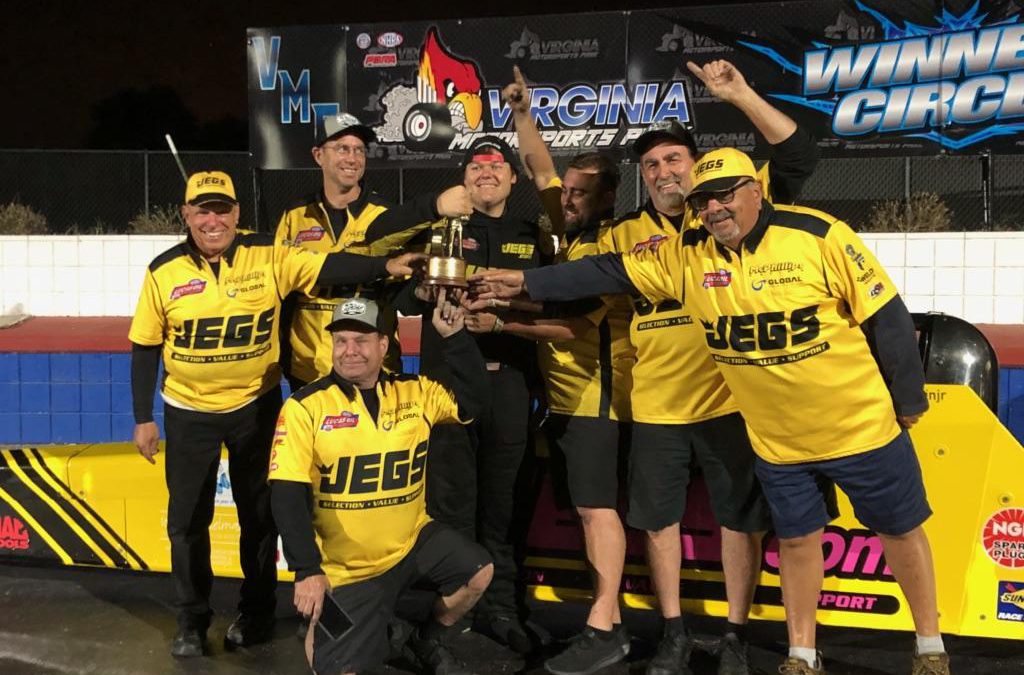 "You win with people," Coughlin said. "Talk about ability; the guys on this JEGS.com team are so damn tenacious. They had their hearts set on winning this thing and they went out there and made it happen. I really didn't even drive my best but they covered me every round and here we are with another championship. I'm speechless."

Entering the race, Coughlin was looking up at Josh Hart, who had passed him in the championship standings at the last Division 1 race in Epping, N.H. The points were so tight that Coughlin found himself needing to win the final D1 race of the year to beat Hart via a tie-breaker, which ultimately came down to head-to-head wins. Coughlin beat Hart three times this year. Hart only beat Coughlin once.

"I guess we could have been down on ourselves after Epping but that never happened," Coughlin said. "It ended up creating a really neat storyline, something that got the fans excited, which is great for the sport, but ultimately it didn't change what we were doing.

"To me, it was a classic example of never giving up, never giving in. No matter what life throws at you, and I'm not just talking about racing, if you keep your head up and find a way to enjoy the process, you can overcome anything. We just proved that."

Although he was a little hard on himself, Coughlin did leave on every one of his opponents Saturday. He used a .040-second starting line edge to run away from first-round opponent Rich Bourke, winning with a 5.201 at 280.60 mph to Bourke's 5.292 at 269.46 mph.

Hart then had a chance to clinch the title for himself as he faced Coughlin in Round 2, but Hart was too eager at the starting line, disqualifying himself with a -.083 second foul launch. Coughlin probably wouldn't have been caught anyway as he ran a 5.154 at 281.54 mph to Harts meaningless 5.216 at 281.19 mph.

"Rich and Richie (McPhillips) figured out perfect tune-ups every round," Coughlin said. "We started the race with temperatures in the 90s and by today it was down in the 60s. It didn't faze these guys at all. Duke Roney was perfect with the clutch. Charlie Wroten and Charlie Greco set the car up just right. John Flenard and Andy Goode perfectly executed their jobs. When I say it's about the people, these are the people I'm talking about.

"We won this for everyone back at JEGS, the supporters we have at Amalie Motor Oil, Bonifante Friction Inc., Weld Racing, Mac Tools, ARP and Global Electronic Technology. This is for everyone that believes in us."

Saturday's win, Coughlin's fifth of the year in 10 final-round appearances, will help his drive for the national championship as well. He has two more national events left on his schedule, including next weekend's 12th annual Carolina NHRA Nationals. Coughlin currently ranks third in the national rankings.