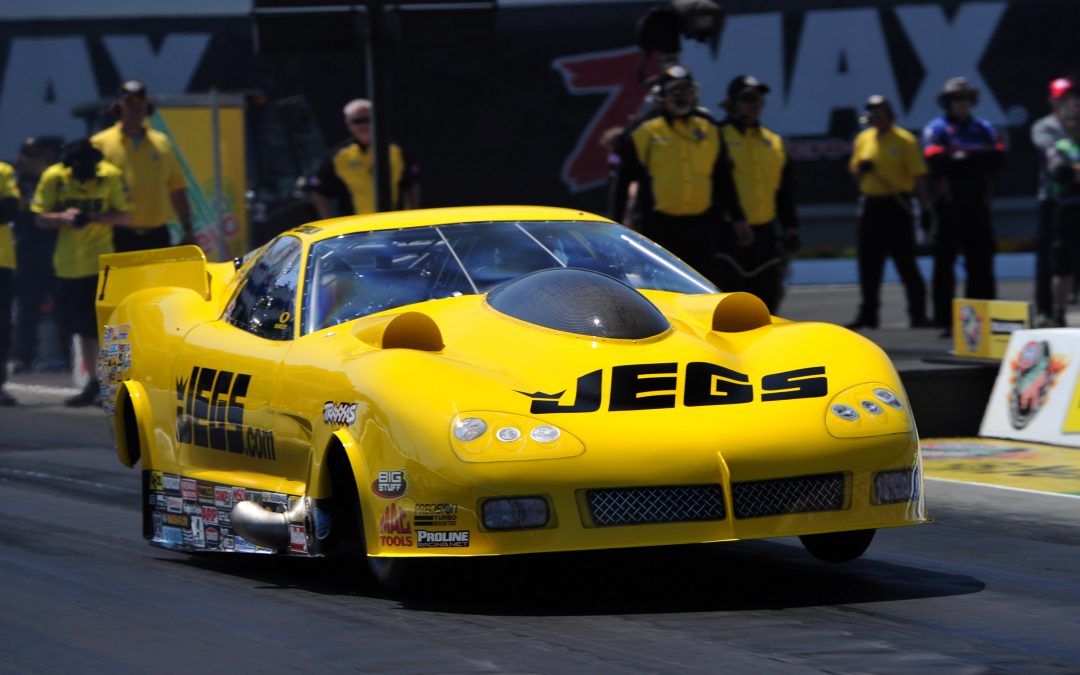 Coughlin qualified his JEGS.com Corvette well and rode a hot tune-up all the way to victory lane, beating Kenny Lang in the final round.

"Charlotte's such a great place to race, no doubt," Coughlin said. "The JEGS.com car was rocking and rolling all weekend. I've got my family with me, and I couldn't be more excited, no doubt."

Coughlin lost in the first round of the first race of 2013, at Gainesville, Fla., as he began his title defense. But led by crew chief Steve Petty, the JEGS.com team bounced back in the most impressive fashion.

"I'm not sure what the reaction times were there in the final, but it was a tight race," Coughlin said. "I could sense that he was there. I could hear that thing humming. But we got him. Thank God. What a day!"

Coughlin's Chevrolet was stellar in every round of eliminations, which used the traditional two-wide racing. He opened with a pass of 5.909 seconds at 248.52 mph to take out Chip King on Saturday, and then ran 5.902 seconds at 247.84 mph in the second round on Sunday to erase Mike Castellana.

"Steve Petty (crew chief) and all the guys did a fabulous job of putting this car together for race day," Coughlin said. "It's been a dream to drive."