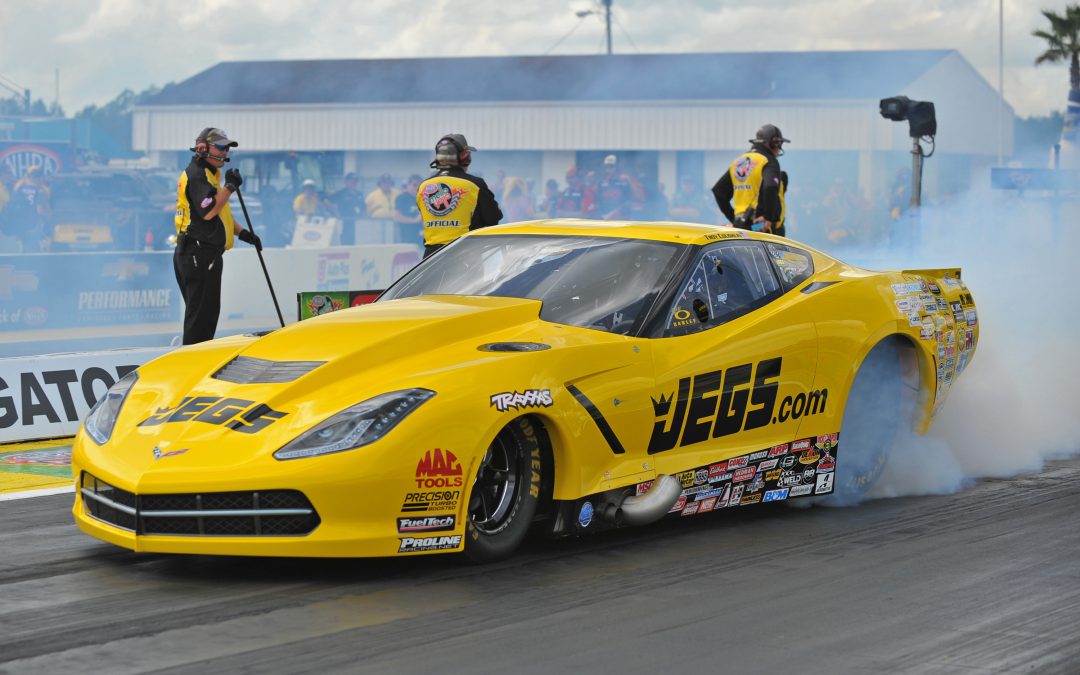 Coughlin qualified No. 5 with the new Bickel-built car and won in the first round of the Amalie Oil NHRA Gatornationals on Saturday. But Coughlin, crew chief Steve Petty and the entire team are looking for more speed and consistency out of the new car.

"It started off like gangbusters, but for some reason it's not as happy or something," Coughlin said. "We'll have to go back and look at all the data, watch the films and try to scope it out. We'll try and get it to be happy and go a little bit straighter.

"But there's no doubt I've got the best team on it. I know between Steve, Mike (Rees), Kyle (Pettis) and Justin (Beaver), we're going to get it."

Coughlin is teaming with his son Troy Coughlin Jr., who is making his professional debut this weekend. While the elder Coughlin is driving a new car, Coughlin Jr. is racing the car driven by his dad in 2014.

"We just took these two cars out a week ago," Coughlin said. "We've been working all winter on the new car and on T.J.'s car. It's been a big job, and they've tackled it. T.J.'s car is fast and consistent.

"I think more about his stuff than I do my own, but we've got a great group of guys here, so there's no doubt they will wave their magic wand and get the JEGS.com car back on top of the game."

Coughlin admitted he spent a lot of time thinking about his son, though Coughlin Jr. has done an admirable job, qualifying No. 2 and winning in the first round Saturday.

"I'm really proud," Coughlin said. "Wow, very proud. He had a very good attention to detail, and he respects it a lot. He's jelled right in this thing. The first time he went down the track was two weeks ago, and it's like he's been doing it his whole life."