Troy Coughlin enjoying the view from atop Pro Mod rankings 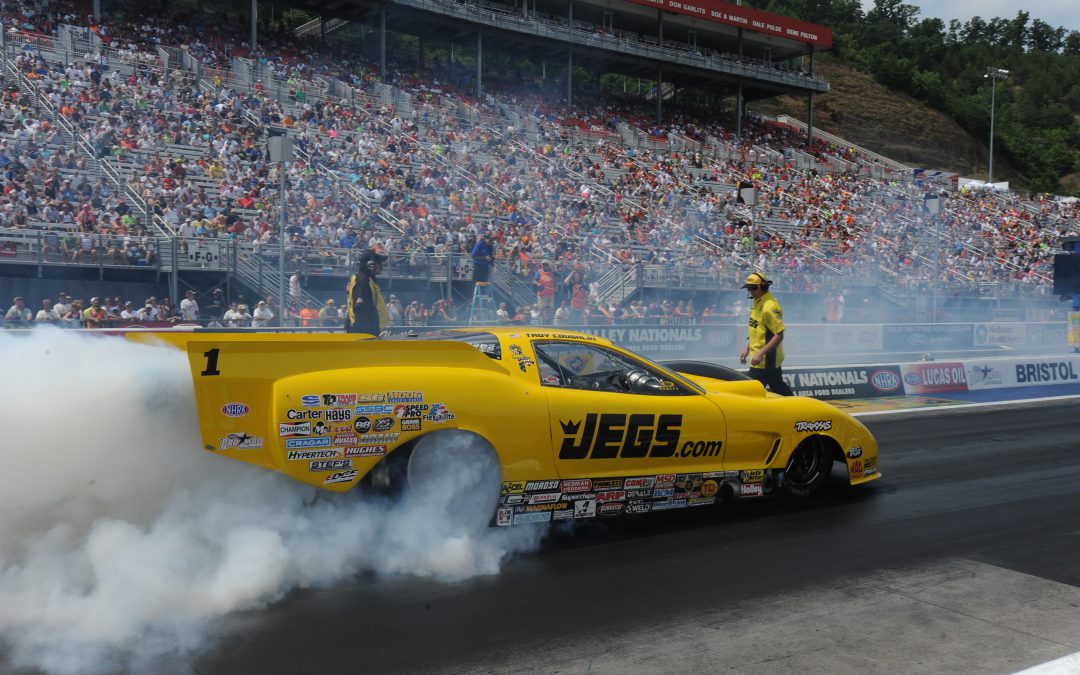 NORWALK, Ohio (July 3) — Halfway through the 2013 NHRA Pro Mod Series schedule, defending world champion Troy Coughlin is right where he wants to be — at the top of the national points ranking. It's a perch he plans on keeping, which means a big outing at this weekend's tour stop in Norwalk, Ohio, is a top priority

"Steve Petty (tuner) has the car running extremely well right now and we're certainly pleased to be leading the points," Coughlin said. "To be ranked No. 1 in any NHRA class is exciting. It's a first for me. We led the points in the NMCA's Pro Street category back in 2009 but never on this tour. Even when we won the championship last year we never led the points until the final round of the year so we didn't have a chance to enjoy that honor."

Coughlin has amassed one victory in three final-round appearances during the first five races of the Pro Mod season. He knows a big outing in his home state will give his JEGS.com-sponsored race team a boost heading into the longest gap between events on this year's schedule. After Norwalk, the Pro Mod class doesn't compete again until Aug. 28-Sept. 2 at the Chevrolet Performance U.S. Nationals in Indy.

"You always want to finish strong at the last race before a long break," Coughlin said. "It keeps the team fired up and focused. We're going to use this time to work on some new engines that we believe will help even the playing field for us a little better within the new rules package. The time will probably go by much faster than we all expect.

"I know we've got some family things planned and I'll definitely try to join my son T.J. at some of his races. For sure, the guys have earned a little break as well.

Norwalk will be a special race for the entire Coughlin family. Troy will be joined in competition by brothers Jeg (Pro Stock) and Mike (Top Sportsman), as well as his son Troy Jr., who will be racing in both Super Gas and Super Comp.

All five family racecars will showcase over-sized JEGS Racing for Cancer Research Foundation ribbons to commemorate the company's recent $10 million gift to the Ohio State University Foundation's Project One, a $1 billion expansion effort that includes the construction of a new state-of-the-art cancer hospital.

"It's personal to us because we've lost some family members to cancer over the years," Coughlin said. "It's such a blessing that our business is doing well enough that we can make a substantial contribution like this. We will beat cancer one day and to be able to help in that fight is very powerful stuff."