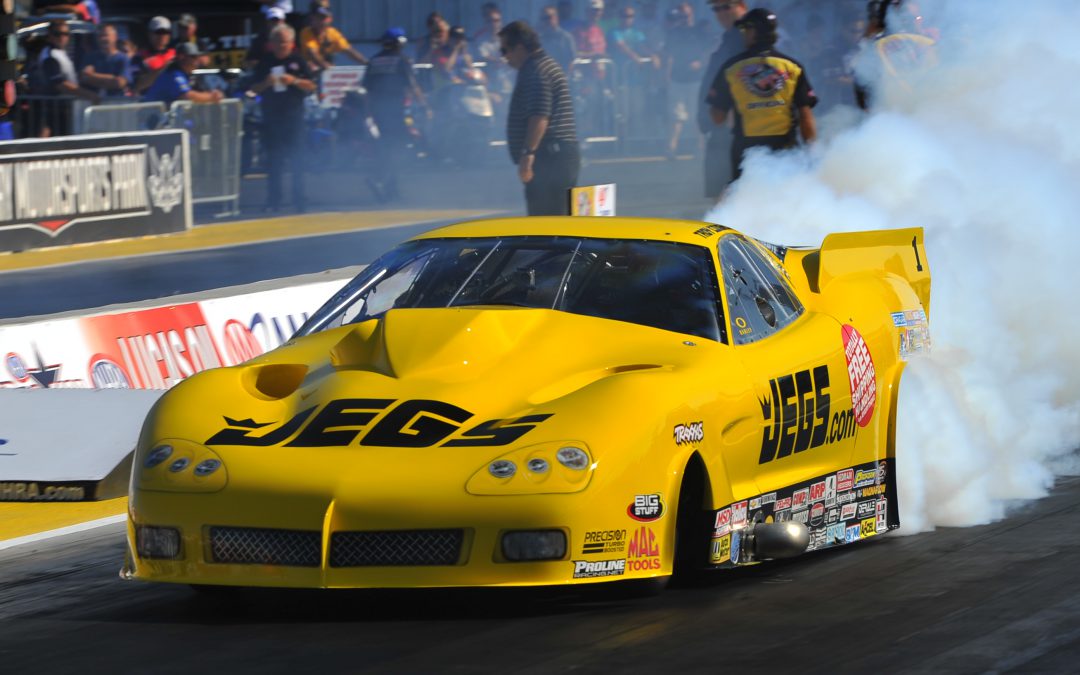 GAINESVILLE, Fla. (March 12) — The NHRA Pro Mod Drag Racing Series last raced in October, but to 2012 champion Troy Coughlin, it feels like it has been a lot longer.

Coughlin and the JEGS.com team return to the track this weekend for the Pro Mod season-opener, the Amalie Motor Oil NHRA Gatornationals at Auto-Plus Raceway at Gainesville.

"We've had a fantastic off-season at JEGS.com," Coughlin said. "It's been busy, and I'm excited to get back at it. It seems like it's been two years since we've raced."

"I've got the best team out there," Coughlin said. "We have the same team coming back, and Steve is still doing the orchestrating. Same car, same engine, and it's kind of nice going into the season with everything exactly the same as we ran the year before."

Plus, NHRA kept the Pro Mod rules package intact for this season.

"They didn't change any of the rules," Coughlin said. "We're thrashing hard on horsepower and how to get it to the ground."

Coughlin and the team tested the JEGS.com Corvette this week in preparation for Gainesville.

"We're looking forward to going down there and putting some runs on it," Coughlin said. "It's running pretty good. We're making headway, and Steve, Bryan, Mike, Kyle, and all the guys are doing a good job, no doubt."