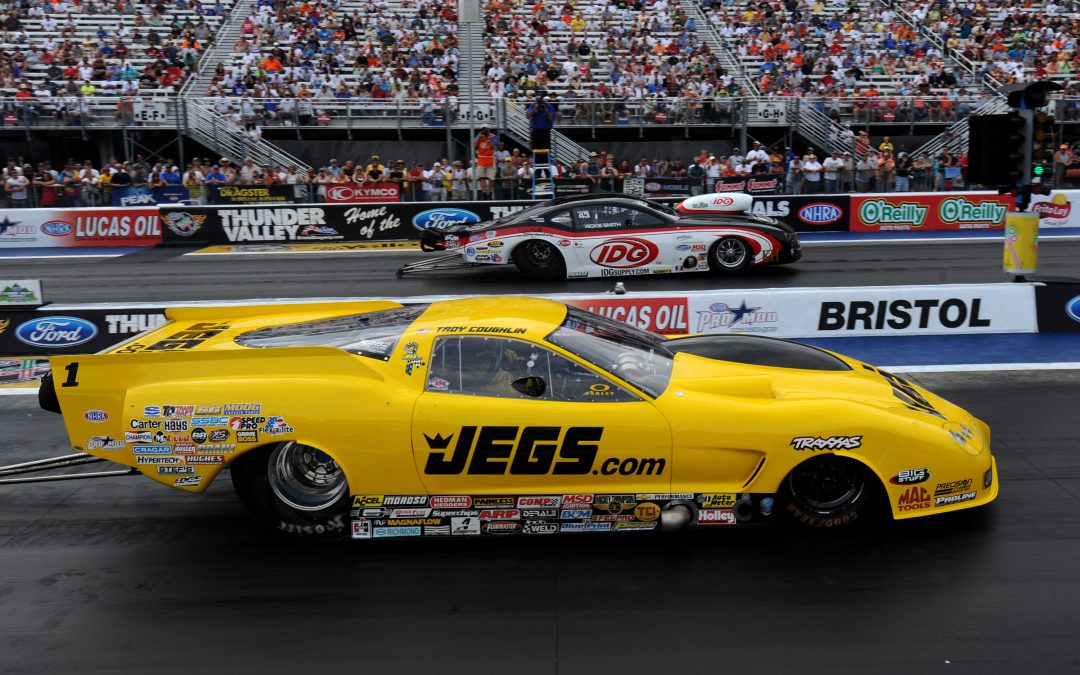 Coughlin, the defending Pro Mod champion, fell to Rickie Smith in the final round but leads Smith by 10 points in the battle for the 2013 series championship.

"You always hate to lose, but we've got to consider the big picture, too." Coughlin said. "(Crew chief) Steve (Petty) and the guys have the car running great, and we got to another final round. We've been really consistent in this latest stretch, and that's a testament to how good this car is running."

Coughlin qualified No. 4 and took out Mike Knowles in the first round Saturday night.

"That's always a tough race against Rickie," Coughlin said. "He got the better of us this time, but we'll be fired up to get him next time we face off. It was a close one, but we just came up a few inches short."

Coughlin has raced to three final rounds in five Pro Mod races this season, including a victory in Charlotte. The class is now off until July 5-7 at Norwalk, Ohio.

"The car has run well in all kinds of weather this year," Coughlin said. "It's been fast, for sure, but it's been consistent, too. That's what wins in drag racing, so to have a consistent race car every week gives us confidence as a team and gives me confidence as a driver. I look forward to a great summer."